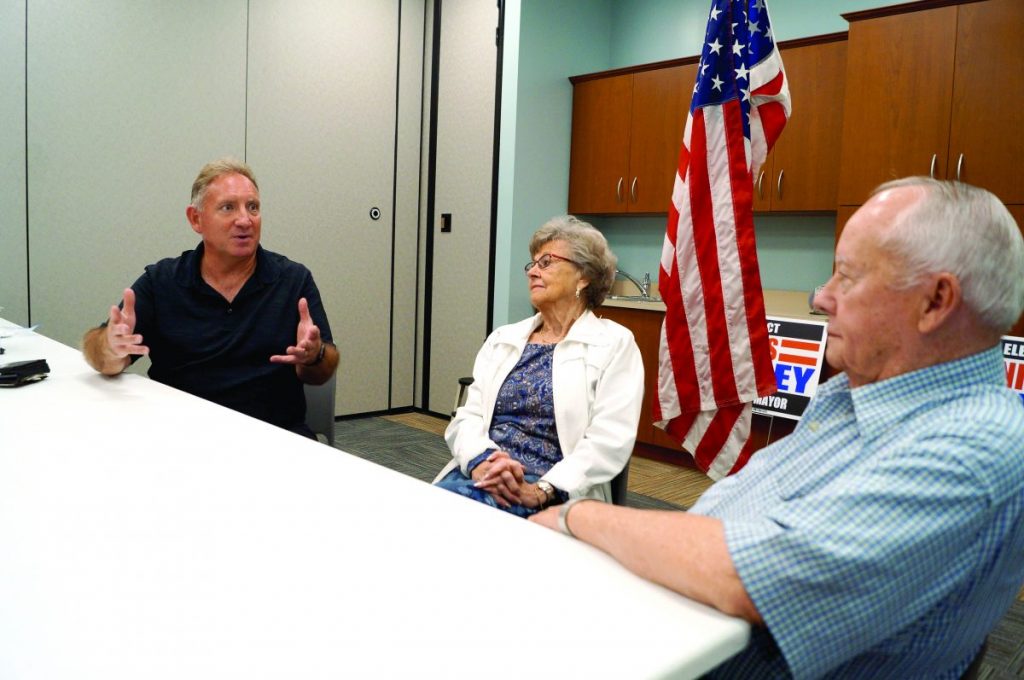 Last week’s election resulted in a shuffling of Dalton Village Council seats, and a few changes to township seats.

Dee Rodi-Barbera, who currently serves on council, and newcomer Mike Scheibe received the most votes for the two available seats on council, 234 and 240 respectively. Because Rodi-Barbera already was filling a seat she had been appointed to, Council will vote on two new members to fill Finley’s council seat and Rodi-Barbera’s previous seat. James Bucklew Jr. also ran for a council seat and received 182 votes. Michael Gamble, who has served on council previously, received 123 votes. Ronald Lechner ran unopposed for Dalton’s Board of Public Affairs.

“I started a couple of months ago to look at things from the standpoint of the mayor,” Finley said. “I’ve started researching already and building relationships with other governmental officials to hopefully help me to transition easier into the mayor’s position.”

Finley said he has met with U.S. Rep. Anthony Gonzalez and his staff about seeking grant money.

“There may or may not be something there,” Finley said. “It’s about building those relationships if something does come available.”

Finley said he is interested in preserving village hall. To address a variety of issues facing the village, he said communication and transparency are key.

“It’s about talking to people in the community and what it takes to move things forward and what obstacles people have,” he said. “It’s going to be about asking a lot of questions. I’m in the learning phase right now. I know I’m going to have to work with council on everything we do, and I’ll have to be 100 percent transparent on everything.”

In other unofficial results, according to the Wayne County Board of Elections website: