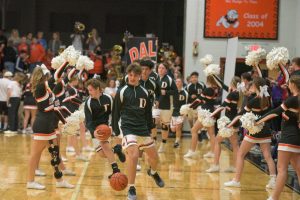 Dalton High School’s boys varsity basketball team won their lid-lifter against visiting Tuslaw, 76-54, thanks, in part, to a huge game by Jalen Wenger. He finished with 21 points, six rebounds and five assists.

Dalton’s first-year head coach Kaleb Reed was encouraged by his team’s play in the first game of the season.

“The kids came out and played hard,” he said. “We did a good job sharing the ball with 22 assists. We did struggle against their pressure in the second quarter, but the kids settled down and made the correct basketball plays in the second half.”