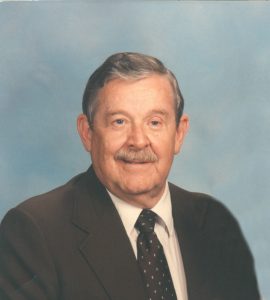 Richard was born on November 21, 1926, in Maysville, to the late George and Loa (Dunham) Maurer, graduated from Apple Creek High School in 1944, and served in the United Sates Maritime Service and the United States Army during World War II.  He married Mary L. Zehner on December 16, 1950, in Creston, Ohio.  Mary died on January 22, 2007.

He retired from the former Volvo White GM plant in Orrville in 1986 after 13 years of employment.  He formerly worked at Massey Ferguson and Orrville Products.

Richard was a member of Orrville VFW.  He enjoyed traveling, fishing, hiking, woodworking, and caring for his home and yard.  He loved his family and made sure, along with Mary, to make sure his four daughters were all college educated and independently self-sufficient.

In addition to his wife and parents, he was preceded in death by his oldest daughter, Cassandra M. Lytle.

Grave side services with military honors will be held at 10:00 AM on December 9, 2019, at Ohio Western Reserve National Cemetery, 10175 Rawiga Road, Seville, OH.

Auble Funeral Home in Orrville is handling the arrangements. Online registry and expressions of condolence may be made at the funeral home’s web site at www.aublefuneralhome.com