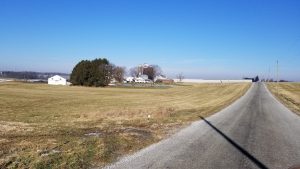 DALTON  A young boy is in critical condition in an area hospital after being rescued from an icy pond late Sunday morning in the 1300 block of S Eckard Road.

East Wayne Fire District responded with mutual aid from Kidron and Mt. Eaton fire departments just before 11 a.m. Sunday to a report of two victims falling through ice, according to EWFD Chief Kyle Nussbaum. A family member was on the thin ice trying to rescue the two young boys from the icy water. All three were in the water at one point, Nussbaum said. Rescuers pulled one child and the adult to safety and were informed a second missing child was under the water, Nussbaum said. Rescuers rapidly found the second child unresponsive under the water and immediately initiated CPR and resuscitated him.

The boy had a pulse and was breathing again and was transferred to Akron Children’s Hospital.

No other information was available Sunday afternoon.