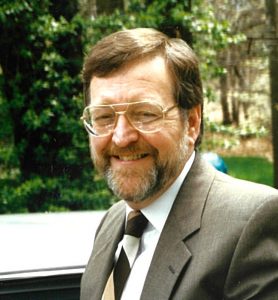 Ralph Cowan, 81, of Brewster passed away on Sunday, January 19, 2020 at Brewster Parke with his wife by his side.

Having accepted Jesus Christ as his Lord and Savior, take comfort in knowing that he is no longer suffering but is in Heaven.
Ralph had a great sense of humor and a love of animals.  His cat Stella could always be found by his side.
Ralph was born in Cleveland December 12, 1938 to the late Anderson G. and Esther (Clark) Cowan and married Pamela Andrews on November 22, 1994.  Ralph graduated from McKinley High School and was also a US Army Veteran.  He was the retired owner of C&S Industrial Supplies in Canton.
In addition to his wife, Pamela, he is survived by his mother-in-law, Virginia Andrews; sisters-in-law, Shirley Maly, Peggy English (Mike English), brothers-in-law, Chuck Andrews (Esther) and Daniel Huether; special cousins, Patty and Jim Brown; a brother; two sisters; numerous nieces, nephews and friends.
In addition to his parents, he was preceded in death by his brother, Terry Cowan; and sister-in-law, Susan Huether.
Memorial services will be held on Saturday, January 25th at 11:00 AM at Anchor Baptist Church, 2700 Richville Dr., SE, Massillon, with Dr. Mark Jacobs officiating.  A luncheon will follow the memorial at the church.  There will be no calling hours.  Spidell Funeral Home in Brewster is handling the arrangements.
His wife would like to thank the nurses, aides, and everyone at Brewster Parke for the care and compassion shown to Ralph the last few months.
Spidell – Brewster