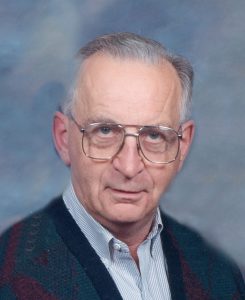 John was born on June 8, 1936, in South Euclid, Ohio, to the late John and Anne (Schoepe) Mussleman and graduated from Brecksville High School in 1954.  He then graduated from the College of Wooster with a Bachelor of Arts in Physics and Case Western Reserve with a Bachelor of Science in Electrical Engineering.  He married Twila Fern Miller on December 28, 1974, in Red Lake, Ontario, Canada. Twila survives.

He worked as a Electrical Engineer for Smith Electronics and then spent many years in mission at Red Lake, Ontario, Canada, where he was responsible for repair and maintenance on aircraft radios and took care of communications before there were phones at Red Lake.

John was a member of East Union Mennonite Church, the Amateur Radio Relay League, and the Institute of Electrical and Electronics Engineers.

Surviving in addition to his wife, Twila, are his sister, Nancy (James- Deceased) Arnot of Gahanna; two nephews, Michael Arnot of Los Angeles, CA, and Mark Arnot of London, England; as well as the Alvin Swartzentruber Family with whom he spent many years.