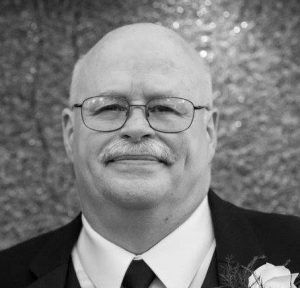 ORRVILLE—  Donald L. Miller, age 70, of Orrville, passed away on January 23, 2020, at The Avenue in Wooster, following a short period of declining health.

He was born in Shreve on October 31, 1949, the son of Colonel Luther R. and Eleanor (Trunkey) Miller. He was united in marriage to Barbara Miller on August 12, 1973, in Holmesville.  She survives.

Donald was a 1967 graduate of Triway High School and received his bachelor’s degree in technical education from the University of Akron in 1973.  He was a former warehouse supervisor at Rubbermaid, Inc. for many years.

He served in the US Army as a military policeman during the Vietnam War, serving in Korea.

He was a member of Trinity United Methodist Church in Orrville, Masonic Lodge #430 in Orrville, American Legion in Shreve, and had been a Boy Scout leader for troop 60 in Orrville.  Donald enjoyed the outdoors, motorcycling, and the Cleveland Indians.

He was preceded in death by his parents and sisters, Barbara, Ann, and Marilyn.

Memorial services will be held at Auble Funeral Home in Orrville on Wednesday, January 29, 2020, at 11:00 a.m. with Rev. Dr. David Rittgers officiating.  His cremains will be placed in the columbarium wall at Ohio Western Reserve National Cemetery in Seville, on Wednesday at 1:00 p.m.

There will be no calling hours.  Auble Funeral Home in Orrville is assisting the family with arrangements.  Online registry and expressions of condolence may be made at the funeral home web site at www.aublefuneralhome.com.

In lieu of flowers, memorial contributions may be made to Trinity United Methodist Church, 1556 Rex Drive, Orrville, OH 44667.