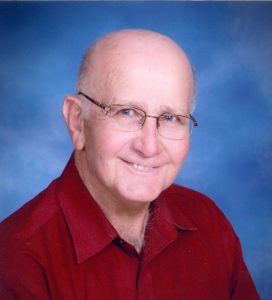 Andrew was born on July 8, 1941, in Walnut Creek, Ohio, to the late Paul and Ella (Sommers) Hamsher and graduated from Hiland High School.

He founded and operated the former Dutch Country Apple Dumplings in Orrville which was his passion for 30 years.  He cared deeply for his employees, even after his retirement in 2016.

Andrew was a member of Salem Mennonite Church in Kidron. He enjoyed volunteering at MCC Connections and extending his charity and generosity.  He was an avid Cleveland Indians Fan and was scheduled to be in Goodyear, AZ, to watch spring training this year.  Andrew loved his life; going for walks and living in Holmes County.  His greatest joy was spending time with his family, especially his siblings, his grandchildren, and great grandson.

In addition to his parents, he was preceded in death by a sister, Oletha Troyer; brothers-in-law, Alvin Troyer, John Weaver, and Paul Gingerich; and sisters-in-law, Judy Hamsher and Kathy Hamsher.

Services will be held at 11:00 am on Tuesday, at Salem Mennonite Church, with Pastor Kevin Himes officiating. Burial will take place at the Walnut Creek Mennonite Church Cemetery.