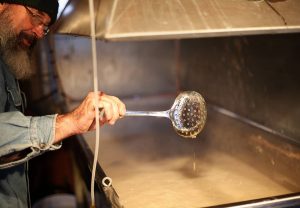 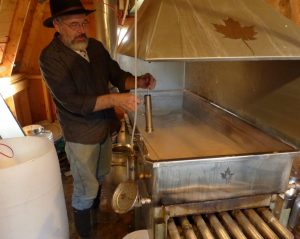 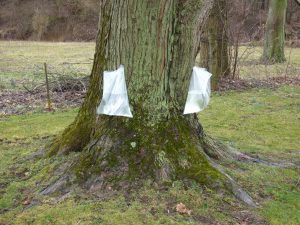 For the past 23 years, Dave Ross has boiled sap into syrup in his sugar shack in Kidron for Sonnenberg Mennonite Church’s annual Maple Syrup Festival. Seventy-five gallons have been made so far this season. The church sells jars of syrup throughout the year.  PHOTOS PROVIDED

KIDRON  Earlier this winter, Dave Ross wasn’t sure how well the maple syrup season was going to go this year.
What it boils down to is the weather. To draw a nice volume of sap from maple trees, the temperatures must go up and down.
As it turned out, the freezing and thawing the past couple of months in eastern Wayne County were favorable for sap production. Ross may not be able to produce as much as he did for last year’s Maple Syrup Festival at Sonnenberg Mennonite Church: a record-breaking 95 gallons. But as of last week, he already had 75 gallons of the sticky sweet topping. That’s more than the typical 60 or so gallons Ross is able to produce during the four to six-week syrup season. It has been a really good season for maple syrup.
Syrup is available for sale by the pint and quart year-round at the church. But as for the festival, we will have to wait.
Like many other area festivals, events and activities that have been rescheduled in light of the coronavirus pandemic, Sonnenberg Mennonite Church’s Maple Syrup Festival originally scheduled at the end of this month has been postponed.

A new date has not been set yet, says Ken Neuenschwander, chairman of outreach and service ministry, but the plan is to reschedule the event, which is one of the biggest fundraisers for the church and the many charities it helps.
The wait will be worth it.
In its 23rd year, the breakfast has grown remarkably in popularity. Last year, the festival saw more than 900 people.
“They come from pretty far and wide,” Neuenschwander said.
Besides the homemade maple syrup all from Kidron-area trees, people come for the pancakes, sausages, fellowship and more – all for a good cause.

Read the complete story in the March 18, 2020 edition.
Posted in Church News 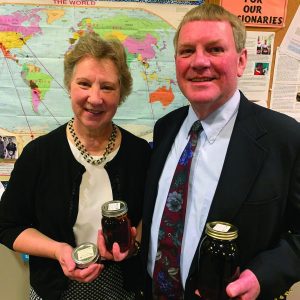 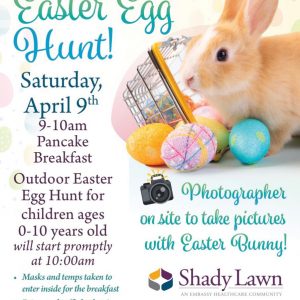 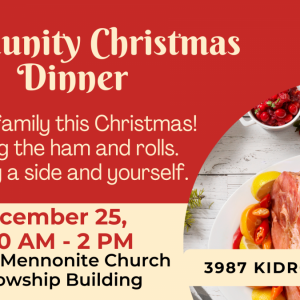