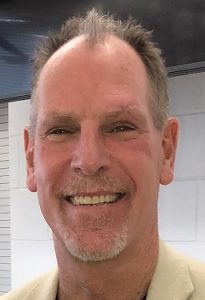 Born on March 27, 1957, Michael A. Dwyer (“Mick”) the oldest son of Ruth Dwyer Archer and
the late Eldon J. Dwyer took the hand of his heavenly Father on March 22, 2020, and moved
onto his eternal life with his Lord &amp; Savior after a 17-month battle with liver cancer.
Known to many around the Stark County area as a naturally gifted athlete, Mick graduated from
Fairless High School and attended Malone College for three years before being signed to play
professional baseball with the San Diego Padres minor league team, the Walla Walla Padres.
Upon his return to the area, he worked for several employers including the Surety Life
Insurance Company, Ken Miller Supply, United Parcel Service and Starrett Services before
starting his own successful business known as Rock Solid Flooring which he owned and
operated for 12 years.
Mick received several accolades throughout his lifetime including election into the President’s
Council for Surety Life in 1985 as the 8 th top sales producer company-wide, induction into the
Stark County Hall of Fame and also the Fairless High School Hall of Honor.
Affectionately known as “Big Mick” to many not only due to his physical presence but more so
because of his infectious personality and smile. Very rarely could he enter a room unnoticed
and usually left with several more friends. A lover of God, sports, travel, adventure and
relationships, Mick left a lasting impression on every person he met.
He is survived by his wife of 34 years, Cheryl (Culbertson) Dwyer of Dalton, daughter Danielle
Dwyer, son Logan Dwyer and grandson Hudson Dwyer, mother Ruth Archer, brother Jon (Leslie)
Dwyer and family, brother Bob Dwyer, father-in-law Neill Culbertson, sister-in-law Lisa (Scott)
Hahn, brother-in-law Ron (Lisa) Culbertson and family.
Mick was preceded in death by father Eldon Dwyer, step-father Paul Archer and mother-in-law
Jeanie (Moretti) Culbertson.
Due to the current healthcare circumstances and quarantine requirements there will be no
calling hours or service at this time. The family will have a private viewing and burial. Details
regarding a memorial service will be determined and announced at a later date.
McIntire, Bradham &amp; Sleek Funeral Home, 216 E. Larwill St., Wooster is assisting the family.
In lieu of flowers, the family requests that memorial contributions be made to Ohio’s Hospice
LifeCare, 1900 Akron Rd., Wooster, Ohio 44691.
Online condolences may be left for the family at www.mcintirebradhamsleek.com