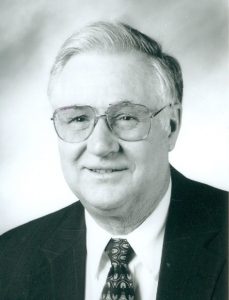 Orrville — John H. Lufkin, age 80, of Orrville, formerly of Bangor, ME, died Thursday, March 26, 2020, at Danbury Senior Living in Wooster, following a period of declining health.  John was born on February 21, 1940, in Bangor, Maine to the late Lowell and Evelyn (Parker) Lufkin and graduated from Bangor High School.  He married his high school sweetheart, Charlotte Jean (Billington) on May 11, 1960 in Bangor, ME.  John led a full life: family, faith, business, travel and hobbies.  John was a driven man.  As a young boy he learned the trumpet and occasionally performed for a large church congregation. In high school, he worked at a local Bangor Maine music store and learned the musical instrument repair trade, which he dabbled in later in life.  He also worked at a local Bangor radio station where he obtained a life-long interest in radio broadcast and receivers.  His interest in music led to enlistment in the US Navy at age 17 as a trumpet player in the US Navy Band.  With the Band he truly saw the world, performing and recording in ports of call around the globe.  After the Navy, John continued in the music business as a sales representative for a number of musical instrument lines.  His success in business led to study of investments.  Eventually he got licensed in financial services, and owned and operated Lufkin Financial for many years, retiring in 2011.  John was extremely conscientious and trustworthy in business and put his customers first.  Never one to slow down, John also pursued a life-long calling to serve God.  He studied divinity, and in his late 60’s John was ordained a Presbyterian minister.  He served several small churches in Ohio before retiring due to poor health.  John and Charlotte were members of First Presbyterian Church of Orrville and attended Wayne Presbyterian Church in Wooster in their later years.

John had many interests and hobbies.  He was an avid photographer who built a dark room in his house to develop film.  A mechanic, John liked to maintain his own vehicles and could rebuild engines in his own garage.  An audiophile, he built and fixed old tube radios, turntables, and amplifiers in the basement.  He enjoyed motorcycle touring with Charlotte on his Goldwing, dirt-biking, fishing and hunting.  John also enjoyed intellectual pursuits and the arts.  He was a capable writer, a deep thinker, and a musician.  He once won an English writing scholarship at the College of William and Mary, and he completed his ministry studies in nearly record time, all while running his financial business.  Mostly though, he was a good husband and father who is deeply loved and will be dearly missed.  John is preceded in death by wife, Charlotte Jean Lufkin on January 16, this year; and his dog, Scooter, just two days before John died.  Like Charlotte, John had a deep desire to return to Maine.  He will be buried alongside her at the family plot in Bangor.

Memorial services will be held at a later date, at Wayne Presbyterian Church, with Rev. Bob Meyer officiating.  A private burial will take place at the Pine Grove Cemetery in Bangor, ME.