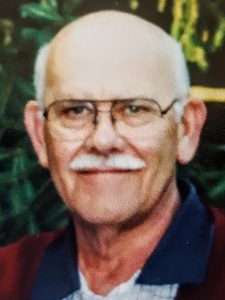 Born on July 26, 1938 in Dalton to the late Carl and Anna Marie (Weisgarber) Wertz, John was a 1957 graduate of Dalton High School. He married Laurel Morton on September 19, 1971, she survives. He retired from Buehlers after 30 years of service and then went on to work part time at Bergs IGA in Dalton and Sayres Market in Smithville.  After his high school athletic career he continued to play fast pitch softball with the American Legion. He was also an avid golfer. John’s passion for many years was training and showing Hackney ponies.

In addition to his wife, he is survived by children, Wendie (Alan) Berry, Julie (Richard) Farelli all of Massillon, David Wertz of Columbus, Todd (Sarah) Wertz of Dalton, Jeremy (Frances) Wertz of Dalton, Jodi (John) Morris of Orrville; 11 grandchildren; 2 step grandchildren; 3 great grandchildren; sisters, Donna Zuercher, and Wanda (Lawrence) Hann both of Dalton; many nieces and nephews. He was preceded in death by his parents and brothers, Carl “Wilbur” and Bill Wertz and sister, Helen Nelson.

Due to the current health crisis, the family would like to thank you for keeping them in your thoughts and prayers. A memorial service for John will be held at a later date. Condolences may be left on his guest registry at www.zakmonbarrenfh.com.  Memorials in his name may be made to Life Care Hospice of Wooster, 1900 Akron Rd., Wooster, OH 44691 or a charity of your choice.

The family would like to thank the staff of Glendora Health Care Facility and Life Care Hospice for their dedicated care of John.