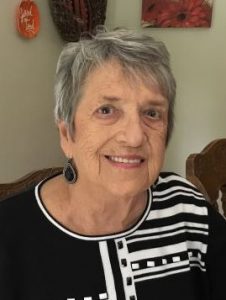 Born on February 9, 1938 in Massillon to the late Sandy and Loretta (Roehlig) Hannah, Sandra graduated from Washington High School in 1956.  She married her high school sweetheart, Carl, in 1957. They moved to a farm in Dalton in 1966 and raised their family. Sandra was a homemaker and farmer’s wife assisting with the daily needs of the family farm alongside her husband.  She was a Cub Scout Leader when her boys were young. She was an active volunteer for her children’s classrooms, prom committee and the Dalton Booster Club. Sandra worked at Kidron Auction and provided home health care for many years. She took joy in hosting pool parties and picnics at the farm.  She had a great love for her grandchildren and spending time with them. She enjoyed quilting and made many quilts to share as gifts to others. Sandra was a member of Stanwood Community Church.