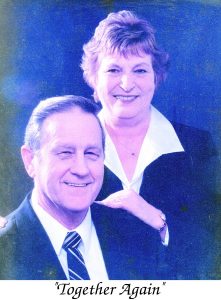 ORRVILLE — Robert G. Beltz at age 76, entered into peaceful eternity on Monday, April 27, 2020, at his residence in Orrville after a short illness.
Bob was born July 13, 1943 to the late Robert I and Barbara A. Beltz (nee Egley).  He married the love of his life, the late Connie Beltz (nee Anderson) on June 30, 1965, during a three-day pass from the Army.  They enjoyed 43 years together until her passing in 2008.
He graduated from Washington High School in Massillon, class of 1961. He entered the Army in 1965, serving in Vietnam until he was honorably discharged in 1967.
He worked for the City of Orrville Electric Department for 39 years and retired in 2007.
Bob was an avid baseball fan and played for many years, coached all three of his kids’ teams, coached at Orrville High School, umpired, and was commissioner of Little League baseball. He and Connie were Cleveland Indians season ticket holders for many years.  He was a lifelong lover of cars and a member of the KC’s Kruiser’s family and enjoyed taking his 1964 Ford Fairlane to car shows all over the nation and won multiple awards.  He was passionate about the game of golf and until last year, was an active member of two leagues.  Bob was also a very enthusiastic bowler and had seven perfect games to his credit.
He was a member of the former Church of Christ, the VFW Post 3446 and the American Legion Post 282, all in Orrville.
In addition to his wife and parents, Bob was preceded by his grandparents Grant C. and Blanche M. Egley (nee Mercer) of Dalton, who raised him from a young child.
Surviving are sons Daren (Sheri )Beltz of Wooster, and Daryl (Angela) Beltz of Reynoldsburg, daughter Kristine Beltz (Kevin Hess) of Canal Fulton; eight grandchildren, Wyatt, Garett, Xander, Braxen and Griffin Beltz, Ashley (Hope) Burbine, and Destiny and Ally Hess; brothers Harvey (Patty) Beltz of Orrville, Brad Beltz of Wooster,  sisters Barbara (Bebe) Skabar and Becky Beltz of Wooster; and very special brother and sister in-law, Dave and Debbie Anderson of Holly Springs, North Carolina.
Bob will be greatly missed by his family, friends and others who were fortunate to have known him. He was loved by all. Grief never ends, but it changes. It’s a passage, not a place to stay. Grief is not a sign of weakness or a lack of faith. It is the price of Love.
Due to the COVID-19 pandemic, a virtual service led by Bob’s cousin, Pam Belskis, will be live streamed on the Auble Funeral Home Facebook page at 1:00 PM on Friday, May 1, 2020.  Bob’s family and friends are invited to share a memory and sign the guest register at www.aublefuneralhome.com.
Graveside services with full military honors will be held privately by the family. Bob will be joined with his wife Connie’s cremains for interment at Crown Hill Cemetery, Orrville.  A celebration of life will be held after the COVID-19 pandemic social distancing precautions are lifted.
Special thanks to the caring staff of LifeCare Hospice of Wooster. In lieu of flowers, memorial donations can be made to Ohio’s Hospice LifeCare, 1900 Akron Rd, Wooster, OH 44691.
Posted in Obituaries