DALTON  Village Council passed at a special meeting Tuesday the first reading of a resolution that would put into effect continuing to pay $72,000 from the general fund each year to East Wayne Fire District for staffing at Station 1.

In the event the district were to put a levy on the ballot and the measure were to pass in November, the village would continue to pay the $72,000 – which it has always paid to the fire district according to the contract – but the language in the contract would change so the funding would apply to fire and emergency medical services staffing at Station 1 in the village.

Five council members voted for the resolution at a special meeting April 28 at Village Green Park to allow social distance guidelines. Council President Pat Sword voted against the measure. About 10 people were in the audience at picnic tables. The resolution was the only item on the agenda.

Before the vote, council members were welcome to discuss the issue. Council members Jim Bucklew, who is the council’s representative on the East Wayne Fire District board, and Terry Johns, who is chairperson of the village’s safety committee, said a few words.

Bucklew, who served 17 years as a volunteer firefighter, said he remembers the “phenomenal” respect he received during 9/11 as a firefighter. He shared an anecdote from 2017 when someone texted him and thanked him for his service as a firefighter. Now, he said there seems to be a lack of respect of first responders.

“We need to keep in mind what we just went through with this coronavirus,” Bucklew said. “Our firemen, EMS, paramedics – when you make the phone call that you’ve got a health issue they’re still there. They come and they know they have to be there for you. They do what they have to do to protect themselves but they’re there. And if we do not do anything what happens if we don’t have a fire department? Who are you going to call then? Fire and EMS and police are very essential to every community. So I think we need to really sit here and think what we need to do and I believe 100 percent that we need a fire department.”

Johns added, “I just don’t understand why we can’t put this critical information to bed one time and let’s go and get it done. … This community wants service and they need it.”

After the vote, Finley mentioned that the result of the special meeting may help provide input to the Community Strategic Vision Committee, which planned to meet later in the week to discuss options and solutions to funding fire and EMS services.

The resolution will have two more readings.

At council’s regular monthly meeting the week before, Sword and council members Dee Rodi-Barbera, Mike Gamble, and Mike Scheibe agreed to pass a motion for the mayor to request the state auditor’s office to perform an objective third party review to determine the current and proposed contracts between the village and fire district are fiscally responsible to Dalton residents. Council approved at the April 20 regular meeting to spend up to $5,000 for a performance audit of the village, with a focus on fire district expenses. Bucklew and Johns voted against the measure. 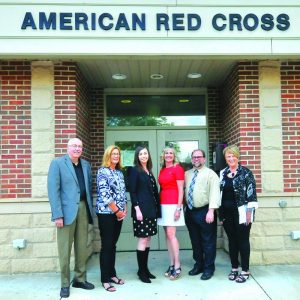 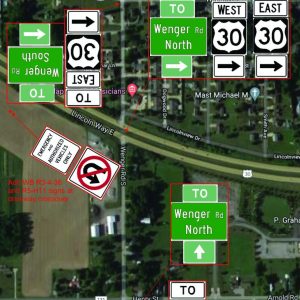