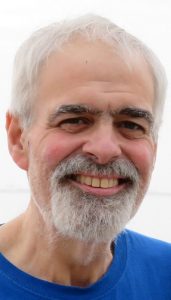 West Salem — Michael Burkholder, age 57, of West Salem, died Friday, May 15, 2020, at his home in West Salem, following a hard fought battle with Gastro-Esophageal Cancer.
Mike was born on August 13, 1962, in Wooster, to James and Reda (Swinehart) Burkholder, graduated from Waynedale High School in 1980 and earned a Bachelor of Arts in Education from Ashland College in 1984.  He earned his Masters in Educational Administration from Ashland in 1998.  He married Rebecca Sigler on July 18, 1992, in Wooster. Becky survives.
He had been the Northwestern High School Principal for the past 15 years, retiring due to declining health. He had previously worked at Orrville City Schools from 1986-2005 as a teacher, coach, and administrator.  From 1994-2002, he was an In-School Coordinator for the Upward Bound Program.  He also was a teacher/coach at New Bremen High School from 1984-1986.
Mike was a member of Congress Community Church in West Salem.  He was a long-time Track and Field Coach at Orrville High School and Northwestern High School and played a huge role in turning around the track program at Northwestern.  He was the Head Coach of the 1999 Div. II State Championship Track and Field Team at Orrville and was the Defensive Coordinator on the 1998 State Championship Football Team at Orrville.  He was inducted into the Orrville High School Sports Hall of Fame in 2013.  He was also the recipient of the Ohio Federation of Soil and Water Conservation District Secondary Conservation Teacher of the Year in 1999.
Surviving in addition to his wife, Becky, are three children, Travis James (Bethany) Wyatt of Ocean Springs, MS, Jana Kay (Steven) Carozza of West Salem, and Jeffrey Harrison (Neely Parsons – fiancé) Burkholder of Ashland; mother, Reda Burkholder of Apple Creek; sister, Laura (Robert) Geiser of Apple Creek and their children; and brother, Brian (Linda) Burkholder of Harrisonburg, VA and their children.  The family also includes 8 granddaughters:  Elizabeth Ann, Madison Lauren, Paisley Lynn, and Emilee Jo Wyatt, Amanda Rinae Jones, and Sophie Marie, Sadie Kay, and Sylvie Dolores Neptune.  A ninth granddaughter Carozza will arrive in July, 2020.
He was preceded in death by his father, James Burkholder; and son, Kyle Michael Burkholder.
Memorial services will be held at a later date at Husky Stadium with Pastor Tadd Sponseller officiating. Burial of ashes will take place at the Apple Creek Cemetery.
The family would like to extend a special thanks to all those who helped care for him during his illness.  You are all appreciated more than you will ever know!
In lieu of flowers, donations may be sent to the Wayne County Community Foundation, 517 N. Market Street, Wooster, OH 44691, for the Michael Burkholder “Coach Burk” Memorial fund, which will help both the Northwestern Local and Orrville City school districts honor Mike’s memory with memorials and a scholarship.  Memorials may also be made to Ohio’s Hospice LifeCare, 1900 Akron Road, Wooster, OH 44691.
Auble Funeral Home in Orrville is assisting the family with arrangements. Online registry and expressions of condolence may be made at the funeral home’s web site at www.aublefuneralhome.com.
Posted in Obituaries