Savings. Today more than ever that is a word that brings out emotions in people. It might bring comfort or pain. Laughter or tears. Or something in between. So let’s talk about it.

We were two weeks into the Ohio shutdown of salons when I caught an Instagram post from a magazine. The post was about some struggles women were feeling during this shutdown. A salon owner said that because she could not see clients in her salon she had filed for bankruptcy due to no income coming in. Did you catch that? TWO WEEKS into the shutdown, she filed for bankruptcy. My heart breaks for her. She either literally had nothing saved and truly had to file for bankruptcy or she made a quick emotional decision without taking time to process if this was the best decision. Either way it is a bummer. Bankruptcy is a huge decision that will affect her credit for years to come. Making the assumption that she had zero savings, what would it look like for her if she had saved up enough money to cover her salon for two months? I know nothing about her business or her finances. Bankruptcy might still be her best choice but it does give us something to think about.

Personal finances are similar. There are three kinds of savers. The ones who save to the point of hoarding and act like Mr. Scrooge with their money when it comes to generosity. There are the ones who save with a planned budget and the ones who don’t save at all or whose savings is their annual tax return. Each one of those people is probably feeling differently right now.

Let’s start with Mr. Scrooge. You may have heard that cash is king. Let’s change that up and say generosity is king. I think that most of us have seen one of the multiple movies out there about Scrooge. When he was a money hoarder, his life was miserable, nobody liked him and he wasn’t happy. When he became a giver, it changed how he felt on the inside. He was happy. Saving is 100 percent important but don’t forget to give back. The more money you have saved puts you in a better position to give generously.

The middle of the road people are saving regularly. They have a budget which includes an amount set aside for savings. The difference between this person and the Scrooge is that this person is in the habit of giving. I have read about many people who plan their giving in December for the upcoming year so that if they are approached to give to a random organization during the year, they don’t feel guilty if they decline to give. While I can see the reasoning in that, I can also see situations where that doesn’t work. Like now. In December, who would have thought that we would be where we are a today? Now is when these individuals need to have flexibility to help out families and friends who are in need.

There is something inside of us that feels relief when there is money in the bank and sharing that money with others is one way to experience happiness. Not the only way of course. Let’s be honest, pizza brings me happiness too. Does that mean you are unhappy if you don’t have a savings? Absolutely not. It just means that what might not cause any stress to people with some savings may cause you some anxiety. Having zero money saved doesn’t make you a bad person in any way shape or form. It just might cause you more stress if a car would break down or a kid would need braces than it would for someone with savings in the bank.

How do we end up in one of these three categories? I think that a lot of it has to do with life experiences. Both sets of my grandparents saved money. They were raised during the Great Depression and like so many of their generation, having money in the bank made them feel secure. My parents are amazing. Money was always tight but love was plentiful and the money wasn’t missed. As I got older though, I saw there were times when the lack of money caused my parents stress. They divorced when I was in junior high. Their personal money situations changed as there was no longer someone to share the bills with so to speak. When I was a junior in high school, the principal called me to his office and told me that my dad had been taken to the hospital with a brain aneurysm and it was very likely that he would not make it. My mom was on her way to pick me up. Dad’s financial situation changed permanently. All of his life he had been a hard worker. Now, barely 41 years old, he would live the rest of his life on disability. His lack of money did not change his status as a great dad and grandpa but the lack of money did make some things more difficult for him.

Like probably most of you, growing up with these experiences shaped the way that I look at savings. I have seen adults who grew up with Scrooge parents and have absolutely no savings because they associate savings with greediness. If their parents were savers, they tend to be. If their parents didn’t save, they may not either. It doesn’t feel necessary to them. In my case, I am a natural worrier. I feel secure knowing that there is money sitting there if we need it. Being a worrier is not a great reason to save money as the Bible clearly states that we are not to worry. But for me, that is the reason that I save. Right or wrong (and less face it, this is wrong), having money in savings makes me feel secure and in control.

Here’s the thing. This too shall pass. The question is what emotions will you feel until it does? What regrets will you have? Will you do anything differently when this is over?
Scrooges, saving is good but giving is arguably better. My parents have always been givers. Even when money was tight, if they saw a need, they would help. I remember one year going to the store to buy Christmas presents for family members who didn’t have any money for Christmas. I don’t remember what my sister and I got for Christmas that year but I remember the excitement in the voice of that particular family when we came over with gifts. That made an impression on me that I have never forgotten.

For the medium person, dream big. You most likely have time on your hands to think about it. What do you want to save for? In 10 years, our youngest son will graduate from high school. I want to save for winter travel when he is out of school. One winter month in Montana for him and one in Alabama for me. That is one of our savings goals. How do you want to give? My husband told me the other day about a senior whose full ride football scholarship is gone due to that campus closing. Andy saw a highlight reel the young man had made of his high school football games hoping to find another college who would take him on and offer a scholarship. It broke my heart. I told Andy that I wanted to write this kid a check to pay for his college and Andy looked at me like I had two heads. It just isn’t possible. But what would that look like to be able to do that for someone? What plan would we need to create and follow? How long would it take?

To my friends with no savings, the first thing that I would say is that your worth as a person has absolutely nothing to do with your savings. Period. Don’t let anyone make you feel guilty for what is or is not in your bank account. You can be the most kind and generous person in the world without a penny in the bank. Never forget that. If you find yourself at a place where you want to save, I would tell you two things. Start small, especially at a time like this when saving is probably very difficult. Ten dollars a month in the bank will add up to $120 in a year- enough to cover an unexpected car repair or appliance break down. Also, find a trusted friend to look at your budget and offer suggestions. I did that a few years ago. I had a budget but no idea if it was normal. I couldn’t find a budget example online and I wanted some advice from a real person. I wanted it from someone who I personally knew was good with money and who had a family size similar to my own. Let’s just say that a person with two toddlers does not have the same grocery budget as me with four growing hungry boys! I called a couple who met both of my criteria and asked them if they would review my budget and offer suggestions. They were gracious enough to say yes. They did not embarrass me for asking them what I felt like was a strange request and I knew that my numbers would be confidential. I want to tell you so badly who they are because I know how helpful they were to me but I will respect their privacy.

My dear readers, hang in there. Enjoy this special gift of time at home (even though I know that there are times we all want to pull our hair out!). Next time you hear from me, we will talk about the other money component. Debt. I hope that you have a blessed week! 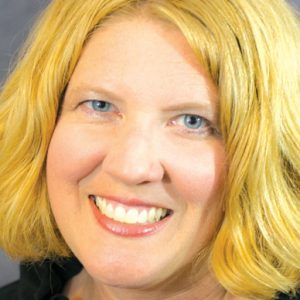 REAL ESTATE TIPS: Selling or buying in 2023? Here are goals to consider