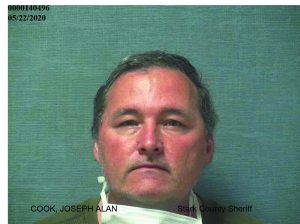 Cook was arrested May 22 following a lengthy investigation from an incident that was reported on Dec. 26, 2019 in Tuscarawas Township, according to a news release from Stark County Sheriff’s Office. Cook was charged with rape, a first degree felony, and gross sexual imposition, a third-degree felony.