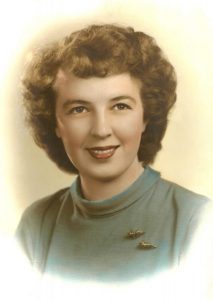 Violet J. Snyder, 92, of Mount Eaton, passed away on Saturday, June 6, 2020 at Shady Lawn Nursing Home in Dalton.
She was born in Jackson County, WV on April 28, 1928 to the late Clifton and Lena (Combs) Hewitt and married Roscoe D. Snyder on September 10, 1954.  He died February 27, 1993.
Violet had lived most of her life in Mount Eaton and had formerly worked for the former Mount Eaton Bank, the Town and Country Store in Kidron and Cordex in Apple Creek.
She is survived by sisters, Audrey (Harold) Conkle of Sugarcreek and Gloria Winkler of Mount Eaton; brothers, Rodney (Coleen) Hewitt of Kidron and Gordon (Bonnie) Hewitt of Arizona; and numerous nieces and nephews.
In addition to her parents and husband, she was preceded in death by a sister, Sharon; and brothers, Clayton and Curtis.
Following her wishes cremation has taken place and there will be no services.  Spidell Funeral Home in Mount Eaton is handling the arrangements.
Spidell – Mount Eaton
330-359-5252
www.spidellfuneral.com
Posted in Obituaries