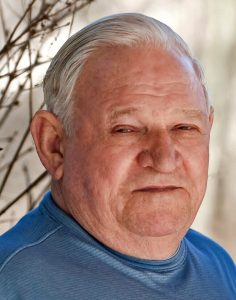 Charles Emmet “Chuck” Turner, age 82, of Apple Creek, formerly of Kidron Road in Orrville, died Wednesday, June 10, 2020, at his home in Apple Creek, following a period of declining health.
Charles was born on August 30, 1937, in Clay County, West Virginia, to the late Victor and Mida (Dodrill) Turner, graduated from Clay County High School in 1957, and married Helen Jane Devore on April 8, 1961, in Orrville. Helen died on November 15, 2018.
He entered the United States Army in 1961 and proudly served for 20 years, including the Vietnam War, retiring as a Sergeant First Class in 1981. During his time in the military, he was stationed in Virginia, South Carolina, New Jersey, Germany, Belgium, Arizona, Turkey and Georgia.  After enjoying many years of traveling, he retired to his wife’s hometown of Orrville, where he owned and operated an HVAC business, then a commercial mowing business, and finally became a driver for the Amish for 18 years, during which time he made many lasting friendships.
Charles was a member of American Legion Post 282 in Orrville. He enjoyed listening to live bluegrass music, riding ATVs, and spending time with his family and friends.  He was a fiercely competitive Dominoes player, and a hard worker with attention to detail in everything he did.
Surviving are his daughter, Debbie Croskey Fisher of Kettering; son, Chuck Turner of Falcon, CO; grandson, Robert “Chris” Croskey of Kettering; great grandson, Christopher Croskey of Kettering; brother, Roger (Lorraine) Turner of FL; three sisters, Charlotte (Gene) Chandler of NC, Ann (Dave) Whinery of Lodi, and Sue Turner of Medina; and numerous nieces and nephews.
In addition to his wife, he was preceded in death by a son-in-law, Gary Fisher; sister, Marita Anderson; and brother, Ray Turner.
Friends may call on June 22, 2020, at Auble Funeral Home, 512 E. Oak Street, Orrville, from 11:30 AM to 1:30 PM.  Although the public visitation is exempt from the current gathering limitations, the risk of virus transmission from one person to another still exists.  Visitors are asked to wear masks if possible, practice social distancing, and adhere to the posted signs and spacing limitations.
Private graveside services with military honors will be held at Ohio Western Reserve National Cemetery in Rittman, with Pastor Bradley Dews officiating.
In lieu of flowers, memorials may be made to St. Jude Children’s Research Hospital, 501 St. Jude Place, Memphis, TN, 38105, Orrville Baptist Church, 204 Bell Ave, Orrville, OH 44667, or Ohio’s LifeCare Hospice, 1900 Akron Road, Wooster, OH 44691.
Online registry and expressions of condolence may be made at www.aublefuneralhome.com.
Posted in Obituaries