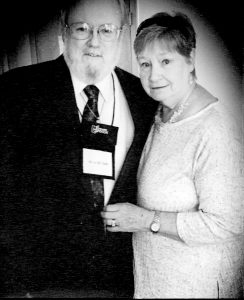 The Rev. Michael and Sue (Sheldon) McHale celebrate their Golden Wedding Celebration June 20. They were married at Wesley Memorial United Methodist, which became Lockwood UMC, by the Rev. Burton Cantrell. A reception followed at the bride’s parents’ home on Mac-a-chee Drive.

The couple was married their junior year at Asbury College, Wilmore, Ky. Michael graduated and then received his Masters of Divinity from the Methodist Theological School of Ohio. Sue also received her Ohio State Teaching license and enjoyed many good times, and her students loved her greatly. “Rev. Mike” as he was known also was a certified EMT-A and served as a volunteer on different squads. While in Amherst, Ohio, he was Chaplain of the Police and Fire Department, and was surprised to receive an Accommodation from the Ohio State Senate for his service to the Amherst community.

The McHales were very involved in community activities, which included soup kitchens and food giveaways. Rev. Mike also formed the First, First Aid Station at the yearly EOC Conferences Summer meeting held at Lakeside, Ohio. Rev. Mike was appointed to the Dalton UMC for six years beginning in 1998. The Bishop of the East Ohio Conference of the UMC, appointed Rev. Mike to serve as the pastor of the Lockwood Church, completing a circle of service. This was the church Sue grew up in, was married in and knew it would be his last appointment before his retirement after 41 years of the Lord’s Service. The McHales felt blessed to meet so many wonderful friends over their lifetime.

Two sons were born, and quickly became “preacher’s kids”. Michael J. Jr. of Orrville, and Matthew and Deana and their son, Cole Matthew McHale, of Kidron, Ohio, complete their family. Cole, age 2, is the sunshine of their lives. There was a move to Orrville three years ago after Mike’s retirement to be closer to their sons.

A celebration of this Golden 50th, and Father’s Day will be held in Canton, followed by a family visit to Put-in-Bay for a few days. 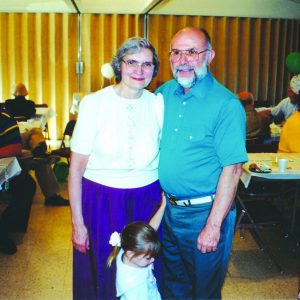 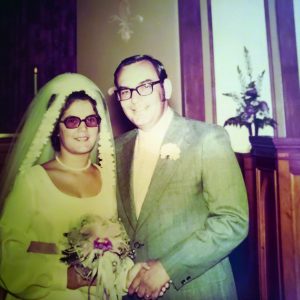 CELEBRATIONS: Happy anniversary to the Blakes! 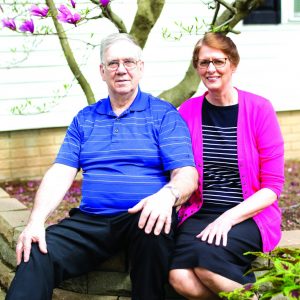 WORDS OF THANKS: Couple grateful to all who shared in anniversary celebration