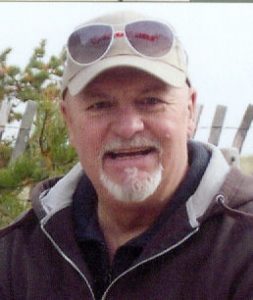 ORRVILLE — Leo James “Jim” Johnson, age 74, of Orrville, died Wednesday, July 8, 2020, at Ohio’s LifeCare Hospice in Wooster, following a seven-week illness.
Leo was born on November 24, 1945, in Akron to the late Leo and Geneva (Lloyd) Johnson and married Joyce Miller on April 1, 1978, in Las Vegas, NV. Joyce survives.
He graduated from Orrville High School in 1963, owned and operated Orrville Steam Laundry, and was a former co-owner of Mrs. J’s Restaurant in Orrville.  In his retirement, he worked at Lowe’s in Wooster and Auto Zone in Orrville.
Leo was a musician and artist, as well as an instrument rated pilot.
Surviving in addition to his wife, Joyce, are his son, Darin (Barbie) Johnson of Orrville; daughter, April Greer of Toledo; four grandchildren, Evan Greer, Jordyn Greer, Gillian Greer, and Chloe Johnson; and a sister, Darlene Zekas of TX.
Cremation will take place and a memorial service will be held at a later date.
Memorials may be made to Ohio’s Hospice LifeCare 1900 Akron Road, Wooster, OH, 44691 www.lifecarehospice.org or the Orrville Fire Fighters Association P.O. Box 144, Orrville, OH, 44667.
Auble Funeral Home in Orrville is assisting the family. Online registry and expressions of condolence may be made at the funeral home’s website at www.aublefuneralhome.com.
Posted in Obituaries