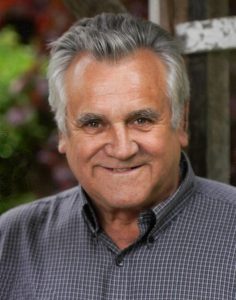 MILLERSBURG – Roman A. Stutzman, 73, passed away on Thursday, August 13, 2020 at Aultman Hospital in Canton following a brief illness.
He was born in Holmes County near New Bedford on October 25, 1946 to the late Albert and Ada (Yoder) Stutzman and married Edna Yoder on May 29, 1971 and she survives.  He retired from Yoder Lumber Company as a truck driver and he and his wife are the owners of grocery stores in New Bedford and Farmerstown.
He was a member of United Dayspring Mennonite Church and The Gideons International.  Roman loved God and participated in numerous volunteer mission projects around the country and in Costa Rica, Mexico and Africa.  He enjoyed spending time with family, camping and watching the Cleveland Indians.
In addition to his wife, he is survived by his children, Michael (Sue) Stutzman of Holmesville, Renee Stutzman of Millersburg and Debbie (Matt) Eberly of Kidron; six grandchildren, Brent, Kendrick and Melody Stutzman and Eleya, Benjamin and Lydia Eberly; sisters, Amanda Miller and Dena Yoder; brothers, Henry (Susie) Stutzman and Levi (Lena) Stutzman; and a brother-in-law, Dan Yoder.
In addition to his parents, he was preceded in death by a brother, Melvin (Fannie) Stutzman; and sisters, Fannie (John) Yoder and Ella Yoder.
Funeral services will be held on Sunday, August 16, 2020 at 2:00 PM at United Dayspring Mennonite Church in Berlin.  Friends and family may call on Saturday from 2-4 and 6-8 PM at the church.  Visitors are asked to practice some semblance of social distancing and adhere to the posted signs and spacing limitations.  Private family burial will be in the East Union Mennonite Church Cemetery in Orrville.  Spidell Funeral Home in Mount Eaton is handling the arrangements.
Memorial contributions may be made to The Gideons International.

The family wishes to thank the nurses and doctors at Aultman Med-ICU for their care of our father over the time of his illness.