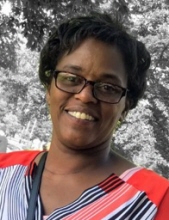 Tina was born on May 11, 1971, in Orrville, to Darrell McDonald and Debra Ray and graduated from Orrville High School in 1989. She married Thomas “Franklin” Greathouse on April 17, 2016, at First Baptist Church in Orrville. Frank survives.

She worked for the Daily Record for many years, then as a STNA for 12 years, and most recently worked in the warehouse for Lehman’s Hardware in Dalton for the last for 10 months.

Tina was a member of First Baptist Church. She enjoyed baking, cooking and bowling, but most of all she loved spending time with her husband, children, and grandchildren.

She was preceded in death by father-in-law, Floyd Prater; and son-in-law, Mark Weygandt.