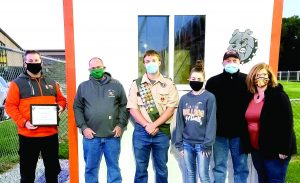 From left, Dalton Local Schools Superintendent Jim Saxer, John Dye, Sean Geiser, Emma Hostetler, and Eric and Mandy Geiser, at the dedication of the ticket booth during halftime of the Bulldogs versus Huskies football game Friday.

DALTON  Sean Geiser remembers his middle school science teacher, Jeff Feller, sitting at a table and trying to sell tickets at a home game at McFarren Field during a particularly stormy day.

“It was pouring rain and blowing wind everywhere and he was trying to hold everything down and it wasn’t working,” the Dalton junior said.

Since he was a cub scout in kindergarten, Geiser has been no stranger to service projects and helping out the community.

He decided right then and there that Dalton Local Schools needed a ticket booth. He would need some help, but he knew he could do it. The service project also would help him receive his Eagle Scout rank.

“Essentially, I wanted to help out one of my teachers,” he said.

The idea snowballed. And Geiser has been working steadily for months – along with 28 volunteers clocking about 200 hours throughout the process.

On Friday, during halftime at the Bulldogs football game against Northwestern, the new ticket booth located behind the home stands was dedicated to Dalton Local Schools.

The building is sturdy, has a good roof, and is even personalized with a hand-painted Bulldog on one side and the state of Ohio on the other. Most importantly, ticket sellers won’t get wet from rain and won’t have to worry about holding down papers in the wind. And, get this: it’s portable. If the need arises, the ticket booth could be used at the baseball field or another area.

Sean, who just turned 17 in August, is the son of Eric and Mandy Geiser. He has an older brother, Cole, who attends and plays football at Heidelberg University.

“It’s been a long project,” Mandy Geiser said. “We’re very proud of our son and all the hard work and effort these scouts put into their projects.” 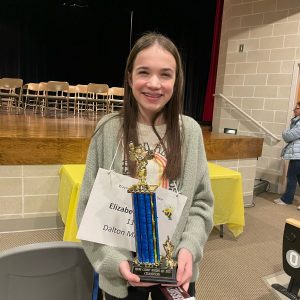 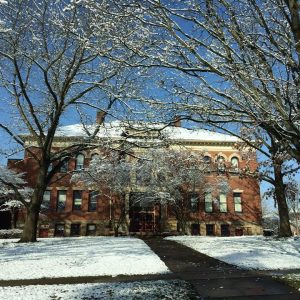 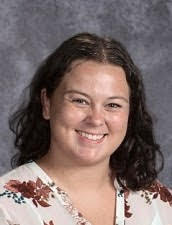