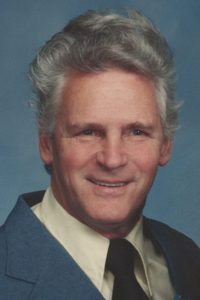 Born on August 30, 1936 in Webster Springs, WV to the late Darrell and Russie (Green) Woods, he had been a resident of Dalton since1955.  A graduate of Webster High School, Jimmie retired from Fleming Foods (formerly McLain Grocery) after 30 years and had worked for A.P. Green Industries for 14 years.  He was member of Teamsters Local 92, the Softball Hall of Fame in Canton, and the Seventh Day Adventist Church in Barberton where he was active with the church’s charity work.

A private service will be held by the family with burial at Dalton Cemetery.  In lieu of flowers, memorials may be made to the Barberton Seventh Day Adventist Church, 471 Jefferson Ave., Barberton, OH, 44203.  Online obituary and guest registry are available at www.zakmonbarrenfh.com