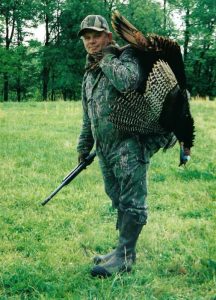 Age 75, of North Canton, passed away Mon., Oct. 19, 2020.  Born Oct. 23, 1944, in Massillon, a son of the late William and Doris (Doll) Bosley, he was a longtime resident of Wayne Co.  Richard was a 1962 graduate of Dalton High School, a member of North Lawrence Church and served with the U.S. Navy.  He was the owner of Bosley Timber Services, Bosley & Associates and D&D Game Calls.  Richard was an avid fisherman, particularly for walleye, bowler, competitive trap shooter and hunter of deer and turkey.  He loved gospel music, golfing, playing the piano and especially loved the outdoors.  Richard would sit in the woods every day in the fall until he got his big buck.  Preceded in death by his son, Mike Bosley, and his former wife, Janet Bosley.  Survived by his partner, Kathy Ison;  Kevin and Kayleen, of the home; three sons and two daughters-in-law, Tad Bosley, Josh (Deanne) Kiba and Jake (Heather) Kiba; one brother, Dave Bosley; one niece, Jenny (Wes) Miller; four grandchildren, MacKenzie and Kylie Kimes,  Zachary Bosley and Jameson Kiba; and his extended family, Mike, Mitchell, and Michelle Zemrock, Zeven, Gwen, Zach, Brandon, Breanna and Brooke, and Christine Bosley.  The family would like to thank Aultman Palliative Care and Aultman Hospice for the special care they gave to Richard.  According to his wishes, following cremation, there will be no services.  Condolences may be left at: www.gordonfuneralhomes.com.