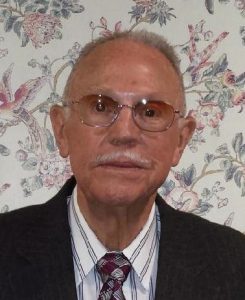 Berea, KY — Gerald Nelson “Jerry” Hartley, age 82, of Berea,KY, formerly of Orrville, died Thursday, October 29, 2020, in Richmond, KY, following a period of declining health.
Jerry was born on November 25, 1937, in Worthington, West Virginia, to the late Gilbert and Velma (Pitman) Hartley, and graduated from Monongah (WV) High School in 1955.  He served as in the United States Air Force from 1955 to 1959 and later received an Associates Degree in accounting from the Wooster Business College in 1974. He married Connie Robinson who died in 1970 and later married Kathryn V. Smith in June of 1978. Kathryn died on September 4, 2020.
He worked as a Accountant for various companies in Wayne County, last working for York International in Smithville for 26 years, retiring in 2000.
Jerry was an avid hunter and fisherman and a life member of both the Orrville Farmers’ and Sportsman’s League and the DAV.
Surviving are his daughter, Kathy (Ray) Purcell of Berea, KY; step-son, Stanley (Christine) Parker of Lakeville; step-daughter, Linda Burden of Ravenna; 11 grandchildren; 11 great grandchildren; and a brother, Delmas (Peggy) Hartley of Carolina, WV.
In addition to his parents and wives, he was preceded in death by a daughter, Sarah Moore; son-in-law, James Burden; an infant grandson; and brother, David Hartley.
Private services will be held with burial at the Ohio Western Reserve National Cemetery.
In lieu of flowers, memorials may be made to the Alzheimer’s Association, 225 N. Michigan Avenue, Floor 17, Chicago, IL, 60601, www.alz.org
Auble Funeral Home in Orrville is handling the arrangements. Online registry and expressions of condolence may be made at www.aublefuneralhome.com.
Posted in Obituaries