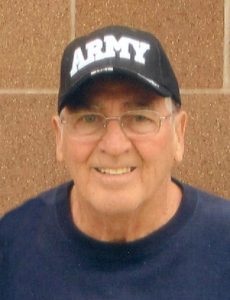 Orrville — Daniel D. “Danny” Scott, age 81, of Orrville, died Thursday, December 17, 2020, at his home in Orrville, following a period of declining health.
Danny was born on November 2, 1939, in East Canton, to the late Ohio Wayne and Mildred Ruth (Cline) Scott and graduated from Orrville High School in 1957.  He married Sandra S. “Sandy” Snyder on September 8, 1963, in Marshallville. Sandy died on September 29, 2005.
He worked as a Production Planner for former Westinghouse Company in Orrville for 26 years, retiring in 1989.
Danny was a member of the Orrville American Legion, the Orrville VFW, and the former Orrville Moose Lodge. He enjoyed playing and umpiring softball for 20 years and is remembered by many as “Zero”.
Surviving are two sons, Richard W. “Bud” (Carly) Scott and Slade A. (Pearl) Scott (Navy RET.), both of Wooster; six grandchildren, Parker, Hannah, Blake, Cassandra, and Lindy Scott, and Mathew Chrapowicki; a brother, Roger (Diane) Scott of Orrville; a sister, Diana Beighley of Clermont, FL; several nieces and nephews; and special friend, Carol “C.C.” Carpenter of Orrville.
In addition to his wife and parents, he was preceded in death by brothers, Wayne and William Scott; sisters, Nancy Nussbaum and Georgia Holden; and an infant brother.
A celebration of Danny’s life will take place at a later date.  Cremation will take place and Danny will be placed with his wife at Ohio Western Reserve National Cemetery.
Memorials may be made to Kingdom Hall of Jehovah’s Witnesses, 3233 Akron Road, Wooster, Ohio 44691.
Auble Funeral Home in Orrville is handling the arrangements. Online registry and expressions of condolence may be made at www.aublefuneralhome.com.
Posted in Obituaries