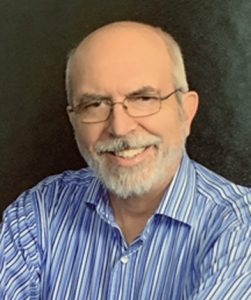 Stanley W. Ross, 74, of Apple Creek, passed away February 16, 2021 from complications of Covid.
He was born to the late Richard and Elizabeth Ross on May 12, 1946 in Elida, Ohio.
Stan graduated from Elida High School in 1964.  He then moved to Wooster, Ohio where he met the love of his life, Shirley (Weaver) Ross.  They were married on September 3, 1966 at Salem Mennonite Church and enjoyed 54 years together.  He worked at The Wooster Brush Company for almost 46 years before retiring in 2011.  Stan loved his family dearly and enjoyed spending time and taking vacations with them.  He also enjoyed going to gospel music concerts, reading, following Ohio sports teams on TV, watching old westerns, and volunteering at MCC Connections.  Stan was actively involved at Salem Mennonite Church, and loved serving God and his church family.
Stan is survived by his wife, Shirley, Apple Creek, Ohio, and daughters Lisa (Matt) Troyer of Goshen, IN and Sharon (Dave) Woodward of Hesston, KS.  He has five grandsons, Josh (Paige) Troyer of Winona Lake, IN, Dylan and Brock Troyer of Goshen, IN; Jared (Jaden) Wedel of Oklahoma City, OK, and Landon Wedel of Norman, OK.
He is also survived by brothers, Dick (Margaret) Ross, Lima, OH, Wes (Nancy) Ross, Harrisonburg, VA, Gene (Betty) Ross, Morrow, GA, and Dave (Juanita) Ross, Kidron, OH; many brothers and sisters-in-law, and many nieces and nephews.
He was preceded in death by his parents and brother Keith Ross.
Private family services will be held with burial in the Maple Grove Memorial Park near Wooster.  Spidell Funeral Home in Mount Eaton is handling the arrangements.