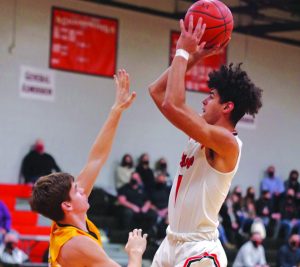 The 2020-2021 WCAL championship belongs to the Dawgs. After wins over Hiland and Rittman, Dalton High School’s boys varsity basketball team finished with a WCAL record of 13-1 to win the WCAL title outright. This is the second consecutive season Dalton won the WCAL crown. They have an overall record of 16-4.

Dalton’s head coach Kaleb Reed noted the areas his team excelled at during the game and what they are doing to prepare for the tournament.

“The team was very efficient offensively and did a good job of getting stops to extend our lead,” he said. “The kids are playing well as we get ready to head into tournaments. Tuesday we are playing a varsity-only game against Walsh Jesuit High School to prepare us for the level of competition we could see in the tournament.”

Dalton holds the No. 2 seed in the Division IV Northeast 3 sectional tournament. They will face the winner of No. 6 Cornerstone Christian/No. 10 Open Door Christian Feb. 26 in the sectional final.