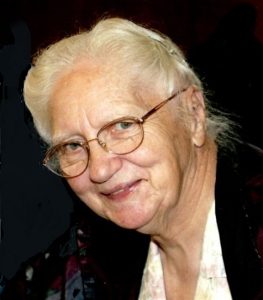 She was born in Berlin on June 30, 1928.  She was preceded in death by her husband Kenneth Luke (married May 27, 1951 in Berlin), and two sons, Elwood Dean and Eugene Wade.
Surviving is her daughter Eileen Faye (Mrs. Rick) Yoder of Mission, South Dakota and son, Eli Jay (Anita) of Yakima.  Also surviving are six grandchildren, Charity and Destiny Yoder, Adrian Showalter, Dustin Showalter and Lindsey Keesling Hoffart all of Yakima; Jason Showalter, of Goshen, Indiana; and 12 great-grandchildren.
Joan lived in Wilmot, Ohio until moving to Washington in 2014 to be with her family there.  After raising her children, she held various jobs, but her favorite was working as a cook at the Amish Door Restaurant.
Services will be held on Saturday, March 13, 2021 at Longenecker Evangelical Anabaptist Fellowship, 2200 Township Road 606, Dundee Ohio.  Viewing will be at 9:00 am, followed by a service at 10:00 am with burial in the church cemetery.  Spidell Funeral Home in Mount Eaton is handling the arrangements.
Spidell
330-359-5252
www.spidellfuneral.com
Posted in Obituaries