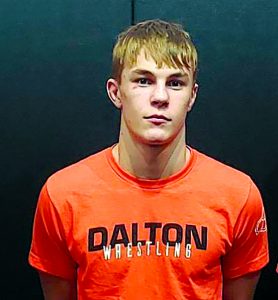 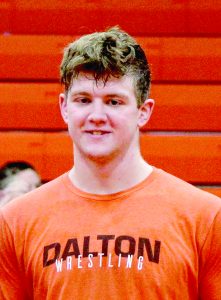 Dalton wrestlers hit milestones for themselves and the wrestling program over the weekend at the Ohio High School Athletic Association state wrestling tournament in Marion.

“Dalton wrestlers had a great weekend this weekend at the state tournament,” Coach Kenton Lemon wrote in an email. “Freshman Greyson Siders had two tough matches to start the tournament with the eventual state runner up and 3rd place finisher at 138 lbs.”

“I cannot say enough how proud I am of all three of these guys,” Lemon said. “I felt like we were prepared mentally and physically. To come out of the state tournament with two Top 8 places is not only a milestone for our program as it is the first time this has ever happened at Dalton, but a milestone for the individuals as well.”
Posted in Wrestling