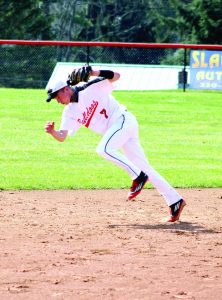 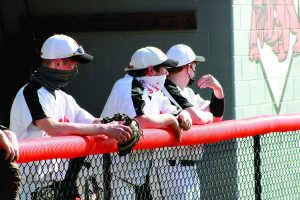 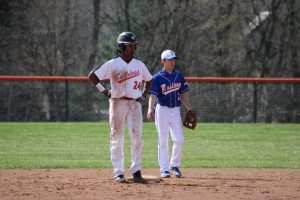 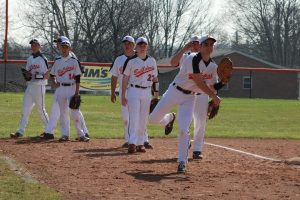 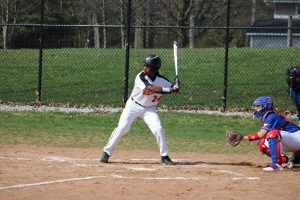 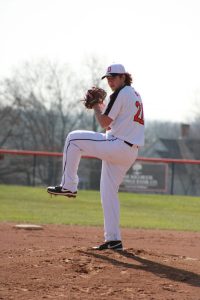 After two years since Dalton High School’s varsity baseball team played an Opening Day game, the Dawgs finally took the diamond March 27 against Tuslaw and won with an extra-inning walk-off in the second game of a doubleheader.

The 2020 season was canceled due to the COVID-19 pandemic. This year, the Dawgs are ready to get back to work and prove themselves.

“It is exciting for us to be able to play again,” said Dalton’s head coach Scott Huth prior to the first game of the season. “We had some high hopes last year, and with most of those guys back, they now have high expectations. Everyone has been working hard trying to prepare for the season, so we are all very excited to finally get to be able to go out and compete again.”

Huth noted the team is approaching the season as they would any other season, but they have players who they believe in and those athletes are ready to see live game action that they could not have last season.

This season’s team has veteran presence with seven seniors, seven juniors and one sophomore on the 15-player roster. Over half of the team has some experience at the varsity level as freshmen and sophomores and six of those players were letter winners. Huth said the team has leadership and experience in its favor.

The team has goals for early in the season and also for down the road.

“Short term goals are to find out quickly what our best lineup may be and get guys in the best spots to help the team have success,” said Huth. “Long term, we hope to be playing our best baseball near the end of the season and compete for a league championship and also to make a big splash in the tournament. We have a lot of questions coming into the season since we didn’t play last year, but we also know we have a lot of potential, as well.”

The first game of the doubleheader did not go Dalton’s way. Tuslaw won 5-1. The Mustangs scored the first run in the top of the third inning. In the bottom of the third, Jack Steiner started off the inning by reaching base on a hit by pitch. He advanced to second on an error and came around to score on a single by Bennet Gwin. Even though this tied the game, it would be the closest the Dawgs would come to taking the lead. Tuslaw went on to score three runs in the sixth inning and one in the seventh to secure the win. Andrew Wyckoff was the losing pitcher for Dalton.

For Tuslaw, Kaden Lau had three hits, one RBI and scored one run. He was also the winning pitcher. Tristan Longworth had two knocks and scored three runs. Connor Polen finished with three RBI, two hits and one run scored.
Dalton fared better in the second game. They won 10-9 in eight innings. Tuslaw jumped out to a quick 1-0 in the first inning, but they did not lead for long. The Dawgs drove in three runs in the bottom of the inning. The Mustangs added one run in the fifth inning and they took the lead with six runs in the sixth inning. The Dawgs were not about to give up, though. They responded with four runs in the bottom of the sixth. The highlight of the inning was a 3-RBI triple by Steiner. Owen Beatty drove in the tying run for Dalton in the bottom of the seventh inning when he sent home Wyckoff on a fly out. This sent the game to extra innings. Tuslaw took a one-run lead in the top of the eighth. Trevor Horst singled to lead off Dalton’s turn in extras. That was followed up with a single by Isaac Wengerd. With two out and two on, Gwin came to the plate for Dalton’s last chance to score. He knocked a double to left field to score both runners and walk-off with the win. Kole Miller was the winning pitcher.

Kaio Grubb had three hits, one RBI and one run scored for Tuslaw. Ryan Lipinski smacked two hits, drove in one run and scored one run. Polen doubled and had three RBI. Jackson Weaver was the losing pitcher.

Huth said his team has some areas that need tightened up, but overall, he was happy with how they played in the first games of the season.

“It was great to just be able to get out and play,” said Huth. “We had a few bad innings defensively, which is expected early in the season and without playing last year. I am hoping we can clean those things up with some little adjustments here and there and help our pitchers a little more. I was proud of our pitchers. I thought between the two games that they all threw the ball well. I also was proud of the guys in that we never gave up. We very easily could have felt sorry for ourselves and basically rolled over for (Tuslaw) a couple of times, but we kept battling back. Of course, we would’ve liked to have gotten two wins, but I think Tuslaw is a pretty solid team. We will take the split, learn from our mistakes and look forward to some conference games next week.”