Dalton Board of Education report
DALTON  High school prom is on this year, but Dalton Local board members discussed how details are still being clarified.

At the March 22 regular school board meeting, Superintendent Jim Saxer updated board members about plans for graduation and prom this spring. He said the governor has provided guidance about both of the traditional end-of-school-year events. Dalton is looking at different options such as having graduation outdoors and using the new bleachers, sound system, and recently-installed stadium lights. This year, Dalton has 79 graduates.

For prom, Saxer said the school could have a dinner and dance and grand march and promgoers potentially may have to wear facial coverings and maintain 6 feet of distance apart. Meetings are continuing about organizing the events, and a question that was still up in the air was whether students from other schools would be permitted. Saxer said they will continue to wait on guidance and also see what other schools are doing.
Saxer said he is thankful to have a prom since the event was canceled last year.

“We will have something but as to what it looks like we don’t know,” he said.

Also at the meeting, Saxer recognized accomplishments of some of the winter sport student-athletes. He presented them with certificates and invited their coaches to speak.
Coach Seth Sullivan provided information about senior Ozzie Miller who earned the state championship title in the 60-meter dash for the indoor state meet hosted by the Ohio Association of Track and Cross Country Coaches. Miller competed against hundreds of other athletes during the December to March season and his time qualified him for a trip to the state meet.
Sullivan noted that Miller not only was competing against other athletes in Division III, he also was competing against athletes from much larger schools than Dalton in Division II. Miller ran a personal best and completed the 60 meters in 7.07 seconds at the preliminary race, and then hit another personal record and finished the final race at 7.06 seconds to earn the first-place state championship title.

“I couldn’t be prouder of what he was able to accomplish,” Sullivan told the board. “He’s our first state champion for indoor track meet.”

“We’re just thankful we got to wrestle this year and finish the season,” Lemon said.
The three high school wrestlers competed with Top 16 wrestlers in Division III. Siders (138 pounds) was only the second freshman state qualifier from Dalton and the first in 20 years. Geiser (152 pounds) finished second in the state and Ryder (220 pounds) finished seventh in the state, which makes him All-Ohio.

Geiser is the highest state placer in school history, Lemon said. As a team, they placed fourth at the district and 19 out of 120 at the state tournament.

“Just a true testament of how hard these guys work every day and our whole team,” Lemon said. “Definitely excited to see our program continuing to grow and we’re looking forward to next year.”

Board member Phil Schlabach said he remembered a few years ago a board meeting about whether the wrestling program should be discontinued at the school. He commended Lemon and the team for their hard work in building the program. Other board members agreed and noted how younger students look up to the older athletes as role models.

In other business at last month’s meeting, the board:
* Approved donations of $700 from Troy and Linda Denning for softball camp/uniforms; $1,150 from the Clair Good Memorial Fund for a purpose to be determined; $1,000 from The Romich Foundation for DHS STEM and $200 from an anonymous donor for VB camp.
* In his Superintendent’s Report, Saxer updated board members that staff members received their second dose of the COVID-19 vaccine the previous Friday administered by Aultman Orrville Hospital. He said the process was quick and organized. None of the staff members called in sick for the following Monday.
* For the most part, our numbers continue to do well,” Saxer said. “We’re not really seeing it in the school.”
He said including a recent case, the school had three positive cases over the past week. The school is following recommendations and has reduced the 6 feet of separation down to 3 feet.
Saxer noted as they move in to the last quarter of the school year, the number of students learning online continues to drop: 22 in kindergarten through sixth grade down from 47; 23 students in grades 7-12 down from 44. At the beginning of the school year, about 10 percent of students were learning online and the number has decreased to about 4.5 percent.
Saxer said considering benchmarks, students are doing well compared to national norms. They are looking at putting together an intervention plan to submit to the state and offering a summer learning program at the beginning of August to help some students who may need help to get a jump start on the school year.
* Approved contract revision for the 2021-2022 school year for Melissa Carathers from part-time to full time.
* Approved resignation of Marilyn Shetler, third grade teacher. Saxer noted she is a valuable teacher and is leaving to take care of her family.
The Board of Education meets next at 7 p.m. April 26 at DEMS. 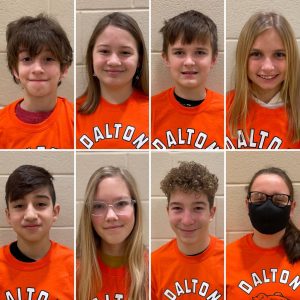 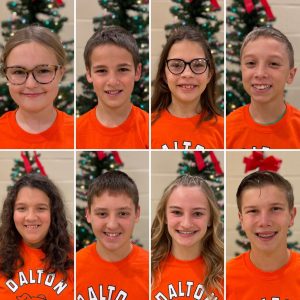 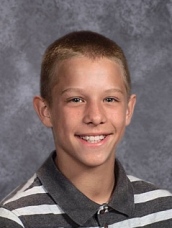