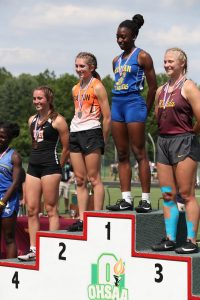 Dalton’s Brianna Chenevey places 2nd at the state meet for the 200-meter dash in Division III. (Photo by Randy Fath) 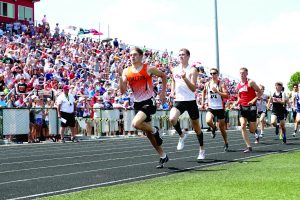 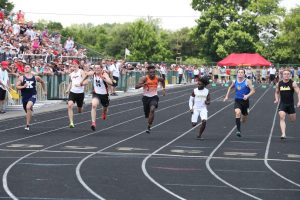 Dalton’s Ozzie Miller begins to pull ahead during the 100-meter dash at the state meet. (Photo by Randy Fath) 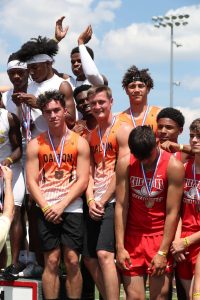 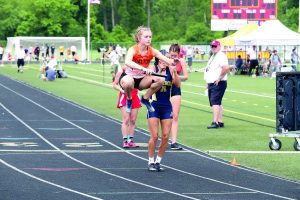 Dalton’s Bailey Chenevey gets ready for her relay race. (PHOTO BY RANDY FATH) 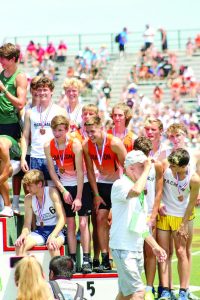 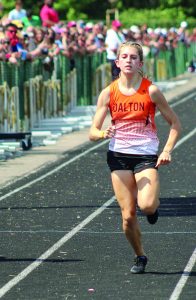 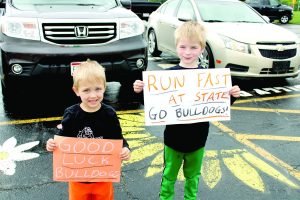 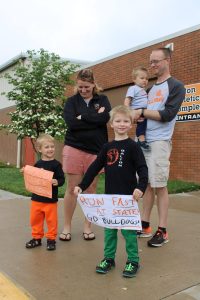 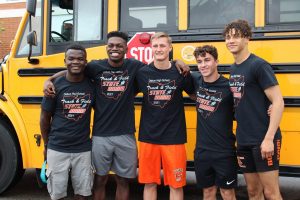 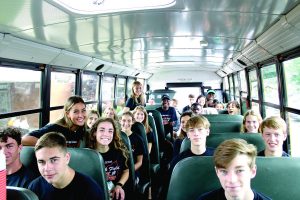 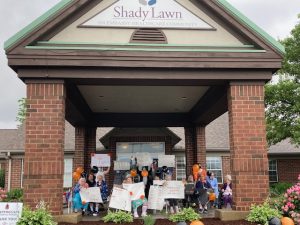 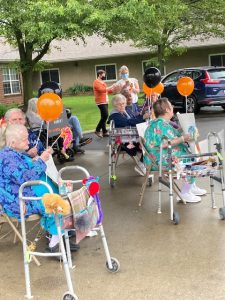 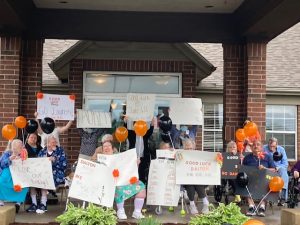 A record 16 Dalton athletes and six alternates boarded the bus to the state track and field meet. Community members wished them well including residents at Shady Lawn.

Ozzie Miller’s first-place finish in the 100-meter dash was the icing on the cake for Dalton High School’s fantastic Division III state track and field tournament experience in which the Dawgs broke several records.

“We couldn’t be happier for Ozzie’s first place,” Dalton’s coach Jodi Augspurger said. “He is our first state champion since 2005 when Jake Dalessandro won high jump.”

The tournament was at Westerville North June 4 and 5. Each division was at a separate Central Ohio high school because Jesse Owens Memorial Stadium at The Ohio State University was unavailable because of the COVID-19 pandemic.

In addition to Ozzie Miller’s win, Dalton had much to celebrate. Brianna Chenevey placed second in the girls 200-meter dash. Evan Hodkinson came in fourth place in the boys 800-meter run.

Even though temperatures spiked during the tournament, the Dawgs were prepared. Augspurger said the team planned well for the heat and made sure the athletes stayed under tents as much as possible. They also had iced towels for the athletes to use after their races and the coaches stressed the importance of staying hydrated with water.

“We’re really going to miss the seniors,” Augspurger said. “We’ll have a big void to fill with their leadership, time management and commitment.”

Augspurger said the athletes had strong camaraderie and gave each other support.

After he placed first in the 100m and was catching his breath with a cup of water in his hand, Miller noted the “amazing” athletes at the meet and how his strategy was not to do anything differently. He said he focused on doing his “normal thing, watch the guy beside me, and do my best, that’s what I did.”

He said he also prayed a lot before and during the race. “Just ‘I need your help Lord, this is going to be a tough one’,” he said. “I just did my best, worked my best and I’m thankful for God, my coach, my friends, especially Evan coming up to me before the race. Really great words of encouragement and I really appreciate it.”

Ben Nichols, of Wayne County Sports on Instagram, contributed to this report. 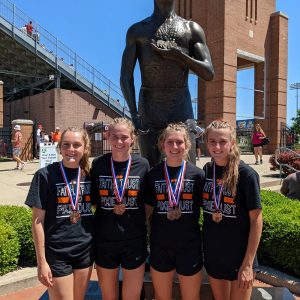 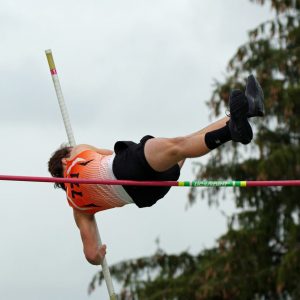