DALTON  A man who led village police on a chase last month up and down U.S. 30, through a field, and into driveways before stopping in a resident’s yard in the Lake Harmony area where children and parents were present will have his case reviewed by a grand jury.

Dalton Police attempted to stop Brian Keith Pettis, 29, of Massillon, June 23 after police say he swerved and continuously crossed the Nissan car he was driving over the white center line. Pettis refused to stop for police, according to a police report. After he abruptly turned into a driveway, continued over an embankment and into a field, and returned to U.S. 30 at a high rate of speed, a second cruiser with lights and sirens activated joined in the pursuit.

According to the police report and court filings, Pettis finally stopped after pulling into a driveway and continuing to drive into a front yard where children were playing. No injuries were reported. Police had Pettis leave the vehicle at gunpoint and he complied with orders to get on the ground to be cuffed.
He told police he had been drinking and police could smell a heavy odor of alcoholic beverage on him, reports state. He refused a field sobriety test.

Dalton Police arrested Pettis at 8:49 p.m. on charges of fleeing/eluding officer, which is a felony, and OVI-operating vehicle under influence of liquor, reckless operation, endangering child and driving in marked lanes, which are misdemeanors.

He was taken to the Wayne County Jail.

According to Wayne County online court records, Pettis is charged with a third-degree felony of failure to comply with order. Misdemeanor charges for DWI-second offense, OVI refusal, driving in marked lanes and reckless operation were dismissed.

He posted 10 percent of $5,000 bond and had a preliminary hearing July 6 in front of Common Pleas Judge Corey Spitler.

His case is pending through the Wayne County grand jury.

An incident where Pettis was charged with failure to comply with order or signal of police officer filed by Jackson Police Department was dismissed July 3, 2013, according to starkcjis.org. The case was dismissed based upon the prosecutor’s decision not to proceed to trial because of lack of sufficient evidence to convict. The officer did have probable cause to arrest, the case file states. 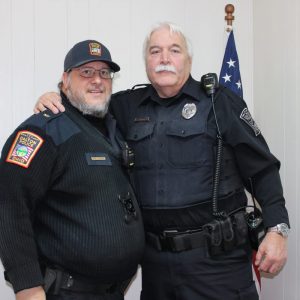