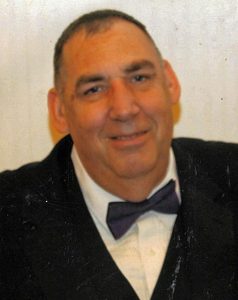 Larry L. Lehman, 70, of Kidron, passed away unexpectedly on Monday, July 19, 2021.
He was born in Wooster on November 29, 1950 to the late Ellis and Jean (Sommer) Lehman and married Lora Orr on May 18, 1974 and she survives.
Larry retired from Kidron Body in 2012 and was a former deputy for the Wayne County Sheriff’s Office and the Sheriff’s Reserve Unit where he received the Buckeye State Sheriff’s Association Legion of Valor award on February 11, 1976..  He served in the Ohio Army National Guard for many years and was a former member of the Kidron Volunteer Fire Department.  He was a member and past master of the Cedar Lodge F&AM in Orrville and the Shreve Eastern Star.
In addition to his wife, Lora, he is survived by children, Lesley Lehman of Kidron and Lance (Ashley) Lehman of Elyria; grandchildren, Will, Wyatt, Braden and Gage; and a brother, Robert Lehman of Louisville.
In addition to his parents, he was preceded in death by a brother, Roy Lehman.
Friends may call on Wednesday from 6-8 PM at the Spidell Funeral Home in Mount Eaton where a Masonic Service will be held at 5:45 PM.

Memorial contributions may be made to the Kidron Volunteer Fire Department, P.O. Box 155, Kidron, OH 44636.