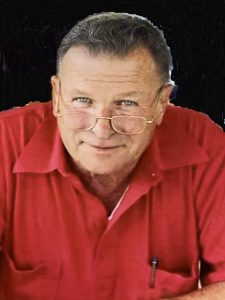 Alvin Jerone Walker, a resident of Dalton, OH, passed away on July 16, 2021 .
He was born in Lynchburg, VA on Easter Sunday, March 28, 1948, resulting in the
nickname Bunny. Al was a caring man who was generous with his time, knowledge and
expertise in many areas. While spending most of his adult life in the Clinton, MD area,
he founded three companies: Master Builders, Action Equipment and Arms
International. He was a life long hard worker, coming from a family of bricklayers. He
was viewed as having “hands of gold” due to his impeccable work. As President of
Dalton’s Woodridge Homeowners Association, he was interested in resident’s projects
and spent his days stopping by to lend his expertise and advice. He passed away on a
business trip to Maryland and while there, he called every day and asked how things were
going in the neighborhood.
Al was adored by his wife Jan and their goldendoodle Teddy. He loved his close friends
and family that includes his daughter and son-in-law Darrine and Gene O’Neill and
grandsons Daniel and Dean, all of Odenton, MD, and his daughter and son-in-law Darrile
and Mark Papier of Frederick, MD. In Dalton, his beloved family and friends include
Emily and Cindy Hupp and Noah Lelless. He is preceded in death by his beloved
grandson Dillon Papier. Al will be laid to rest alongside his mother Marie and father
Alfred in the Ft. Lincoln Cemetery located at 3401 Bladensburg Rd, Brentwood, MD. A
graveside service will be held at noon on Thursday, July 22. In lieu of flowers, Al would
prefer donations to the National Niemann-Pick Foundation in Dillon Papier’s honor.