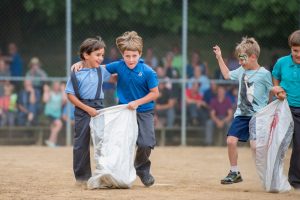 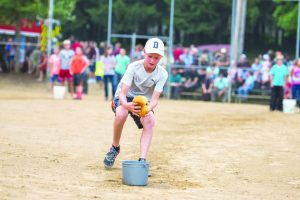 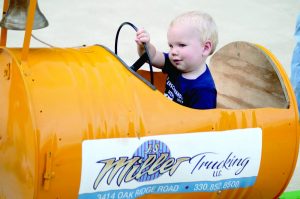 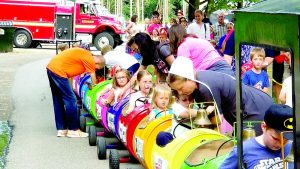 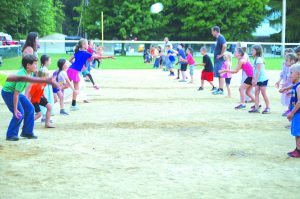 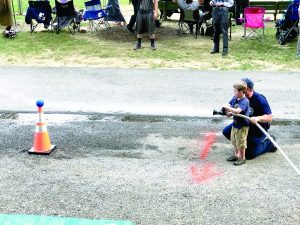 KIDRON  One of the biggest events in the community put on by Kidron Community Council returns at the end of this month and is expected to be as fun as ever.

After canceling last year because of the global pandemic, Kidron Fun Night kicks off at 6 p.m. Tuesday, July 27, with a rain date of July 28 at Kidron Community Park.

The evening features softball, children’s games, train rides and a candy drop, and participants will be treated to a few twists on tradition.

The traditional Amish versus English softball game will look different than previous years.

New this year, Kidron Volunteer Fire Department Chief Jon Peters has been selected to throw out the first pitch.

Also, the popular softball game, which is a highlight of the evening and draws a crowd, will be co-ed for the first time with women and men playing on both sides.

Returning are fun games and activities for all ages, and train rides for children through the park. Many activities are separated into different age groups. Children can look for coins or candy in straw piles, test their speed and coordination during the three-legged sack race, and maybe cool off a bit in the summer heat if they get wet during the bucket brigade, and water balloon toss. The tug-o-war is always exciting.
The traditional drop off of candy in the field via helicopter is planned as long as the helicopter is available. Kidron fire trucks will be on display, a cotton candy machine will be spinning, and RC Farms – better known as Yoder Family Veal – will have a variety of food available.

“We’ll hopefully make it a nice evening event for the community,” said Jacob Troyer, president of the Kidron Community Council. “We’re trying to have something there for everybody.”

So far, the Fun Night is the biggest event the Kidron Community Council puts on. Troyer said the Easter Egg Hunt this spring landed on a perfect April day and had one of its biggest turnouts ever. Kidron Days, which was last month and included 20 garage sales promoted by the council, is quickly growing into a larger event, Troyer said.

The evening will be busy and the year has been busy so far for the fairly new Kidron Community Council officers. Troyer said planning for a fall event possibly in September is in the works.

Here’s a fun note that Troyer mentioned: In 2019, during the last Kidron Fun Night, the English won the softball game, so they have had bragging rights for the past two years. This year, the Amish are determined to make a comeback. Either way, the softball game is all in the name of fun and is a highlight of the evening for many community members and visitors who take in the excitement.