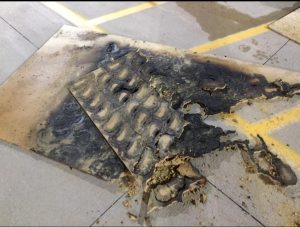 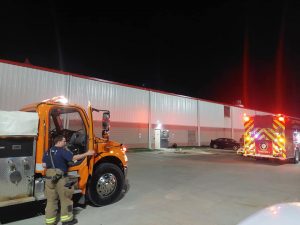 DALTON  A small fire was contained to the area of a production machine just after 1 a.m. Wednesday at a business in the 600 block of Henry Street.

Upon arrival, crews found water was flowing in the system. A small fire was found on a production machine and was contained to the area of the machine, according to a post on EWFD Facebook page.

“The suppression system acted as it was supposed to and contained the fire and extinguished the majority of it,” the post states.

Crews remained on scene to complete cleanup of the burnt product and provided ventilation to the building.

The system was back and operating again before crews left the scene.