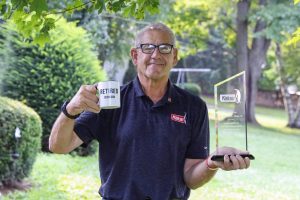 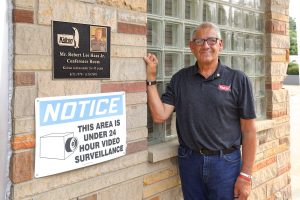 PHOTOS BY RANDY FATH | FOR THE DGKN

Robert L. Haas Jr., of Kidron, retired last month after 45 years in the maintenance department at the Kidron division of ST Engineering Hackney. He is well-known in the community and seen regularly at Kidron Town & Country’s restaurant.

KIDRON  When Robert L. Haas Jr. wanted to relay to Dan Hostetler over coffee last week how he felt his beloved Cleveland Guardians (formerly the Indians) played the night before, his sentiment was not lost on his good friend.

“He’s an avid Indians fan,” Hostetler said last week. “He was disappointed this morning that they got beat again. He spelled out ‘Indians,’ and then held his nose – telling me they stunk last night.”

Haas’ smile and sense of humor says it all.

When he hugs someone he has met for the first time, or gives a thumbs up and nod to an old friend he’s known for decades, he speaks volumes.

In many pictures depicting Haas, he’s holding up one or both hands with his little finger lifted, and index finger and thumb extended in an “L” shape. In American Sign Language, he is signing “I love you.”

Well-liked and well-known, Haas has been called the “Mayor of Kidron.” This unique and quaint Wayne County community of less than 1,000 doesn’t have a mayor. If it did, Haas very well might win that election by a landslide.

At his retirement party last month, the more than 100 co-workers and friends at Kidron Park’s community building learned more about the hard-working man who likes to stay busy and informed. Attendees were greeted with hugs from Haas, they cut into large sheet cakes for the reception, and at one point they all stood up from their tables and signed “I love you” to him.

Because he has retired doesn’t mean he will be any less active around town. 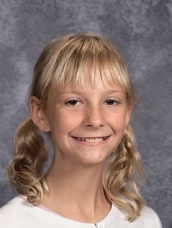