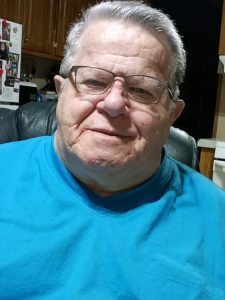 Wayne N. Miller, 79, of Millersburg, passed away Wednesday, August 25, 2021 at his home surrounded by his family following a brief illness.
He was born in Wooster on March 30, 1942 to the late Noah D.M. and Saloma (Coblentz) Miller, and married Lydia Ann (Hochstetler) Miller on May 30, 1962 and she survives.
He was a member of East Union Mennonite Church and was a former member of the District One Fire Department for 15 years.  He was an avid bird watcher since his retirement from Yoder Lumber. He enjoyed making wine, listening to the Indians, playing games with anyone who would sit with him, and played golf every Monday night with his sister and cousins for years.
He was a hard worker and worked multiple jobs to provide for his family.
In addition to his wife, he is survived by children, Dwayne (Marilyn) Miller of Kidron, Karen Miller of Canton, Harvey (Kim) Miller of Coshocton, Betty Miller of Millersburg, Owen Miller of Shreve, Myron (Dawn) Miller of Warsaw, and Noah Miller of Millersburg; 20 grandchildren; 15 great-grandchildren; and a sister, Anna Miller of Dalton.
In addition to his parents, he was preceded in death by sisters, Betty, Amanda, and Kathryn; and a brother-in-law, Adam Miller.
Funeral services will be held on Sunday, August 29, 2021 at 2:00 pm at East Union Mennonite Church, 10678 E. Old Lincoln Way, Orrville with burial to follow in the church cemetery.  Friends may call on Saturday from 2-5 pm at the church or one Sunday, one hour prior to services. Spidell Funeral Home in Mount Eaton is handling the arrangements.

Memorial contributions may be made to the East Union Mennonite Church.