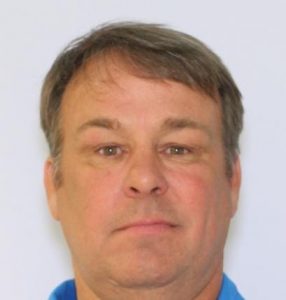 Police remain on the lookout for a Wooster man caught on live camera assaulting NBC reporter Shaquille Brewster Aug. 30 while the reporter was covering Hurricane Ida in Gulfport, Mississippi.

Video shared online shows a man parking his pickup truck in the background while Brewster updates viewers about the hurricane’s impact and shares some good news about how postal delivery was resuming. The man runs up to the camera crew and is heard yelling. Brewster moves so the man is no longer in the picture and then the man yells and runs up close to Brewster before he cuts back to the station.

“Appreciate the concern guys,” Brewster wrote on Twitter that day and received more than 75,000 “Likes.” “The team and I are all good!”

In a news release issued Tuesday by Gulfport Police, the department thanks the public for coming forward and helping to identify the man as Benjamin Eugene Dagley of Wooster.

Arrest warrants were issued Tuesday for Dagley charging him with two counts of simple assault, one count of disturbance of the peace, and one count of violation of emergency curfew.

Dagley is on probation for a previous charge in Cuyahoga County, Ohio, and one of the conditions of Dagley’s probation included restrictions on travel, the release states.

Gulfport Police stated that Dagley is believed to have left the area and is no longer on the Mississippi Gulf Court. He is believed to be traveling in a white 2016 Ford F150, bearing Ohio License Plate PJR1745. Anyone who knows of Dagley’s whereabouts is asked to contact their local law enforcement agency.