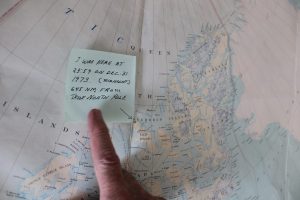 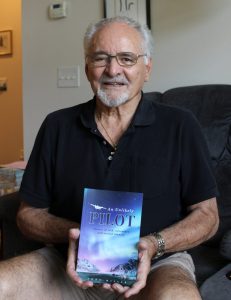 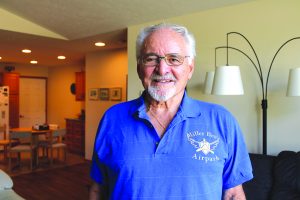 Andy Miller wrote “An Unlikely Pilot: Stories of risk, adventure and second chances” as a memoir for his children and grandchildren. He was encouraged to make his fascinating stories about high Arctic flying available to the public and his book is available through amazon.com and bookcentra.com. The 80-year-old Kidron man stays busy and is helping his nephews build an airpark in Maryland.

KIDRON  Andy Miller’s book has the makings of a blockbuster movie.

During the World War II era, as a young Amish boy from the Kidron area, Miller recalls seeing a steam engine stationary on the tracks.

“And then I heard this other noise,” he said.

He spotted two bright yellow airplanes flying in formation in the sky and was immediately transfixed.

The preschool-aged child made a comment to his mother in Pennsylvania Dutch about seeing a yellow airplane. His family teased him about the event for years. But he didn’t mind.

“It was fine — they teased me about a lot of things,” he said. “I was so totally fascinated with airplanes.”

“An Unlikely Pilot: Stories of risk, adventure and second chances” is available through amazon.com and bookcentra.com, as well as Gospel Book Store in Berlin and Faith View Books in Fredericksburg. Miller, 80, of Kidron, also sent a book to Buckeye Book Fair for consideration, and has a book signing in November at Gospel Book Store.

Although his family had suggested for years that he write a book about his Canadian bush pilot adventures and the drama of high Arctic flying, Miller originally set out to record his personal memoirs for his daughters, Jennifer and Victoria, and grandchildren. He wrote the book during the global pandemic with help from an editor, Elaine Starner, who worked with him chapter by chapter. The 210-page book includes stories about his life, faith and family along with color photos throughout, and his resume at the back. He was encouraged to share his personal stories with a larger audience and so far he said his book has been well-received by family, friends and fellow pilots.