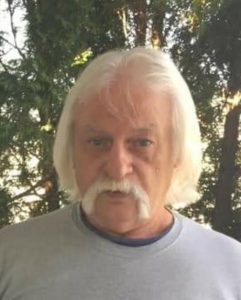 Apple Creek — Ronald L. Canfield , age 64, of Apple Creek, died Saturday, September 18, 2021, at Wooster Community Hospital in Wooster, following a period of declining health.
Ron was born on July 21, 1957, in Lodi, Ohio, to the late Howard C. and Mary J. (Norris) Canfield and attended Northwestern High School.
He worked as a Tow Motor Driver for JLG in Orrville for over 20 years, retiring in 2019.
Ron enjoyed collecting his lottery tickets, but his greatest love was spending time with his grandchildren.
Surviving are his step-daughter, Tileesha Friddle of Shreve; two step-sons, Jeremiah Friddle of Wooster and Dakota Friddle of Apple Creek; three brothers, Jeff Canfield of West Salem, Jim (Sandy) Canfield of Sterling, and Donald (Liz) Canfield of Rittman; and numerous nieces and nephews.
In addition to his parents, he was preceded in death by brothers, Howard and John Canfield; and sisters, Sandra Lee Jason and Mary A. Canfield.
Friends may call on Thursday, September 23, 2021, at Auble-Gillman Funeral Home, 360 W. Sunset Dr., Rittman, from 11:00 am to 12:00 pm.
Services will follow at Noon on Thursday at the funeral home, with Pastor Kevin O’Brien officiating. Burial will take place at the Rittman Cemetery.
Online registry and expressions of condolence may be made at www.gillmanfuneralhome.com.
Posted in Obituaries