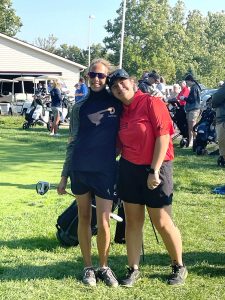 Dalton freshmen, Madison Wade, left, and Emileigh Geiser, represented Dalton High School Monday at the Pines for the Div. II OHSAA sectional tournament. Out of 80 golfers who competed in the tournament just over a handful were freshmen. Wade’s mother, Terri, explained the girls didn’t have enough for a team this year so they were not able to play any girls tournaments outside of sectionals. She said her daughter did play a varsity match with the boys but mostly played JV with the boys golf. She’s hoping others will see the girls golfing and will want to join them next season. 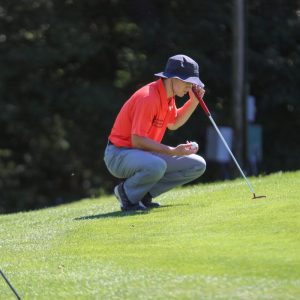 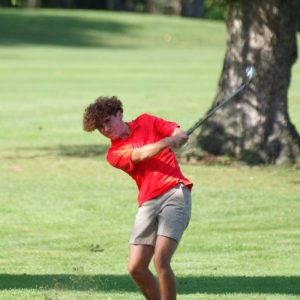