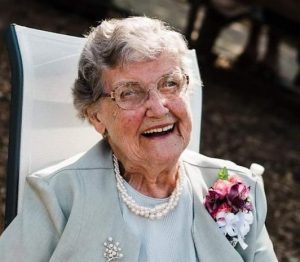 Heaven’s gain is our loss.  Mary Hull Naumoff, 93, after a weekend surrounded by family left this earth and went to be with our Lord and Savior on the evening of October 10, 2021, kicking off a massive family reunion in heaven.  Mary had a great life of 93 plus years.  It was said this week that Mary lived and worked the life of three women.  This is the truth.  Mary left many legacies.  Mary was known by family and many friends as a devout Christian, mother, grand-mother, great-grand mother, wife, mentor, groundbreaker, lawyer, glass ceiling breaker, family historian, caretaker, activist, social servant to many children, public servant and friend.

Mary was born December 8, 1927 in Champaign, Illinois to Frank and Elizabeth (Fritchey) Hull, and grew up in Urbana, Illinois with her older brothers Lee (Jean) Hull and Harold (Jean) Hull, and younger sister Barb (Kenny) McGrath.  Mary graduated from Urbana High School in 1945. She graduated from the University of Illinois in 1949 where she was named to Mortar Board for her participation in the YWCA. On July 30, 1949 at the married a fellow student, Alexander V. Naumoff in Urbana Illinois.  In 1951, they graduated from the University of Illinois College of Law where Mary was one of only 7 women in a student body of 462 students.   After law school Alex and Mary returned to Alex’s hometown of Barberton, Ohio where they started a family and a law practice.

Mary practiced law part time with Alex in Barberton, Ohio for 32 years and with her son, Mitchell A Naumoff.   While living in Barberton, Mary served eight years on the Barberton Board of Education.  She was a member of the Akron Bar Association.  She and a friend, Ethel Burroughs, started an inter-racial prayer group which met at Allen Chapel AME Church for four years.  She was a member of Birthright Crescent Club, and an active member of Lakeview United Methodist Church and PTA’s.

The family moved to a farm north of Orrville, Ohio in 1974. In her later years, Mary lived at OrrVilla Maple Terrace and finally for several months at the family home of her daughter Beth Walkley under her families loving care.  Mary was an active member of Trinity United Methodist Church and later the Smithville Mennonite Church, Wayne/Holmes Right to Life, Wednesday Club and Healthaven Mennonite since 1992.  She completed seven years of Bible Study Fellowship classes.  She volunteered at Salvation Army, Thrift and Gift and MCC Connections.  In addition to supporting her own children, Mary advocated for and cared for many children that she met in the community or through her work as a probate attorney.   Mary wrote many Letters to the Editor to inform readers and urged them to them to take a stand on issues and to pray.  Mary was an active family historian as well.  In an era before e-mail, and social media, Mary, wrote thousands of letters with news, encouragement and prayers for her family and friends over the years.  She regularly published the “Dear Ones Weekly” that glued the family together with the tales of family activities, joys, triumphs and tragedies.

Mary was an encourager and a prayer warrior for her family and many others.   She was also a proponent of forgiveness, turning the other cheek and looking for the best in people.  She was persistent in her encouragement of her family and friends to trust Jesus.  Mary lived a long and fulfilling life that was multi-faceted.  She was a mother of 11, lawyer, a historian, a caregiver, a school board member…. just to recount a few.  But her greatest joy came from her family.  In the last few weeks, she mailed to each of her children an 11 page, single spaced document titled “Why are we a special family?”   It is single spaced 10 point type with 84 line items.  She had written this document in December 2,000. She concluded “I must end this.  People are always telling me I should write a book.”  Mary did write a book.  Her family continues the story.  Join us to come celebrate Mary.

Calling hours will be held on Wednesday, October 13 from 5pm -8 pm at Smithville Mennonite Church (Smithville Mennonite Church 6097 Akron Rd (Rt. 585), Smithville.   A service and celebration of Mary’s life with Pastor Todd Martin officiating, will begin on Thursday at October 14 at 11a.m. at the home of Mitchell and Rosemary Naumoff, The Barn at the Meadows (8447 Back Orrville Road) with a meal to follow.  All are invited.  Mary specified that donations be made in lieu of flowers to The Orrville Salvation Army, 401 West High Street, Orrville, Ohio.  Auble Funeral Home in Orrville is handling the arrangements. Online registry and expressions of condolence may be made at www.aublefuneralhome.com.