By STEPHEN A. ECKINGER
Special to the Dalton Gazette

Take a stroll through the Dalton Cemetery and you will find the grave of a boxing champion, though his connection to the village is short-lived and tragic.
Joe Walcott was born in Guyana and spent his youth in Barbados in March of 1873, but came to fame in early 20th Century America for his prowess in the boxing ring. Over 23 years after retiring from the profession, the fighter was struck by a Model A Ford in Dalton and buried in the Dalton Cemetery where his body still lies today. At the time of his death, Walcott’s body was not identified. However, two decades later a boxing enthusiast discovered his identity and a proper dedication was added to his grave site.
Walcott’s first professional fight was in 1892 in Philadelphia, PA. Based on available records, Walcott began to truly hit his stride in the ring in late 1899 when he began a stretch of 17 straight victories, the streak ending in a technical knockout loss to Tommy West at Madison Square Garden in August 1900.
One of the 17 victories in a row was a technical knockout of Joe Choynski in New York in February 1900. The following year, Choynski, who was nearly a foot taller than the short-statured Walcott, would knockout future heavyweight champion Jack Johnson.
In December 1901, Walcott would have perhaps his greatest victory when he beat Rube Ferns in a five round knockout to win world welterweight title in Fort Erie. Walcott was the first African-American to capture this title.
Walcott later lost the welterweight title to Kid Dixie on a contested foul in the 20th round of a match in San Francisco in 1904, but he soon regained the title when Kid Dixie moved to a higher weight class.
However, on Oct. 16, 1906, Walcott officially lost the world welterweight championship against William “Honey” Mellody in Chelsea, Massachusetts. Less than two months later, Walcott received a rematch with Mellody but was defeated once again.
After three straight victories in the middle of June 1908, Walcott would go on to win just one of his final 13 professional boxing matches, with three of those ending in a draw and the remainder losses. He retired in 1911 with 87 career victories.
Based on all accounts, Walcott found life after boxing difficult as he was unable to find consistent gainful employment. In 1935, he worked in New York City as a janitor at Madison Square Garden for $35 per week at a job set up by New York City Mayor Jimmy Walker.
Less than two months after obtaining the job at Madison Square Garden, Walcott headed west towards California with two men set on plans to make films starring the boxer. For an unknown reason, Walcott decided to turn around in Mansfield, Ohio. He started back east towards New York but met his ultimate demise in Dalton in October 1935.
The front page of the Oct. 10, 1935 edition of the Dalton Gazette included the headline “Negro Hitchhiker Killed.” The article stated that an unidentified 55-year-old male was killed almost instantly at 4 a.m. the previous Friday morning when struck by a vehicle driven by E.L. Wilhelm of Orrville on the Lincoln Highway on the east end of town.
The still unidentified body was buried in Dalton Cemetery on Oct. 12, 1935 with the cost paid by Wilhelm. Twenty years later the unmarked grave was finally corrected when a boxing enthusiast from Defiance, Ohio named Bill Cereghin set out to find the whereabouts of Walcott and was led to Dalton.
A letter to the Editor from Paul Stockham appearing in the March 3, 1966 edition of the Dalton Gazette provides the most specific account of Walcott’s death and how Cereghin was able to locate his grave. According to Stockham, Walcott hitchhiked east after leaving the two men in Mansfield. He stopped at Berg’s Restaurant less than two hours before his death and asked Levi Berg for directions to New York.
He was pointed in the right direction but did not make it much further before he was struck by Wilhem’s vehicle.
According to Stockham’s account, an editorial appeared in a Cleveland newspaper weeks later stating that Walcott had disappeared. Stockham contacted the writer and was assured that the body located in Dalton was, in fact, Walcott. However, it was not until the summer of 1955, when Stockham was contacted by Ceraghin, that Walcott’s grave received its proper dedication, with a headstone reading “Ex Worlds Champion Joe Walcott 1873-1935.”
Walcott stood just 5-foot-1 inches tall, but was durable in the ring and accustomed to long battles where he typically fought men who were much larger than him. As an example, Walcott fought Fred Russell, who stood six feet tall, to a six-round draw in 1902. He was elected to the Ring Boxing Hall of Fame in 1955 and the International Boxing Hall of Fame in 1991. 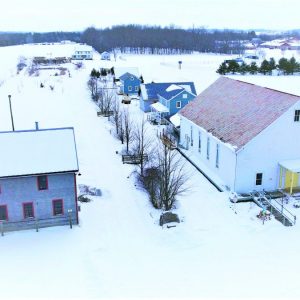 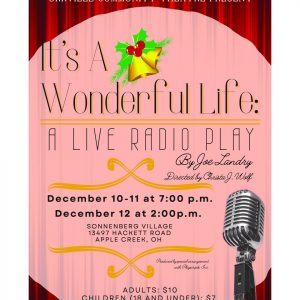