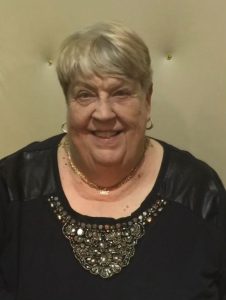 April D. Petroshus, 79, of Navarre, passed away on Tuesday, November 9, 2021 at Aultman Hospital in Canton.
She was born in Battle Creek, MI on April 7, 1942 to the late Herman and Beverly (Hagelshaw) Schell and married Tim Petroshus on November 25, 1965 and he survives.
April loved her family, friends, colleagues and students.  She was a wonderful woman with a huge heart.
She loved reading, riding horses, rock music and watching the Cavs and Indians .  However, what she lived for most was cheering on her grandchildren whether it was on a field, in a gym, on a track or at a concert.  She never missed an event when she was able to attend.
She spent the majority of her adult life pursuing her passion of teaching.  Her career started in Battle Creek, Michigan.  She then moved to Ohio where she taught in the Parma City Schools and Tuslaw Local.  She then in 1979 started teaching at JRL Middle School in Apple Creek.  She retired in 2008.  Mrs. P impacted the lives of so many kids during her teaching career whether they were students or just acquaintances.  She was truly an inspiration to everyone she worked with.
In addition to her husband, Tim, she is survived by daughters, Aimee (Chad) Lorentz and Heather (Allen) Lerch; grandchildren, Abigail, Alyssa, Allison, Molly, Braedon and Luke; siblings, Pam Grites, Rick (Joan) Schell, Wendy (Chip) Hancock and Scott (Wendy) Schell; brother-in-law, Tom Grites; nieces and nephews, Jeremy Grites, Lindsey Weeks, Rebecca Grites, Eden Torres, Matt Traylor, Kate Hinchman, Chad Petroshus and Ryan Petroshus.
Friends and family are invited to call on Wednesday, November 17th from 6-8 PM at Spidell Funeral Home in Mount Eaton.